Our spring cover rush has come to a head this week, when we were called to increase the size of the yurt covers from one of the Yurtshire sites: all three yurts were to be extended from 16’6″ to 17′ diameter. The yurt covers we made were perfect but it turned out the frames were erected too small when the measurements were taken (we make all our covers from measurements so we usually don’t see the frames), and now needed to grow some to allow for all the furniture. We took our Mercedes camper-Worksop truck, loaded with a sewing machine and all the equipment needed to do the job. And drove through the night to Umberslade farm, home of the lunar festival. 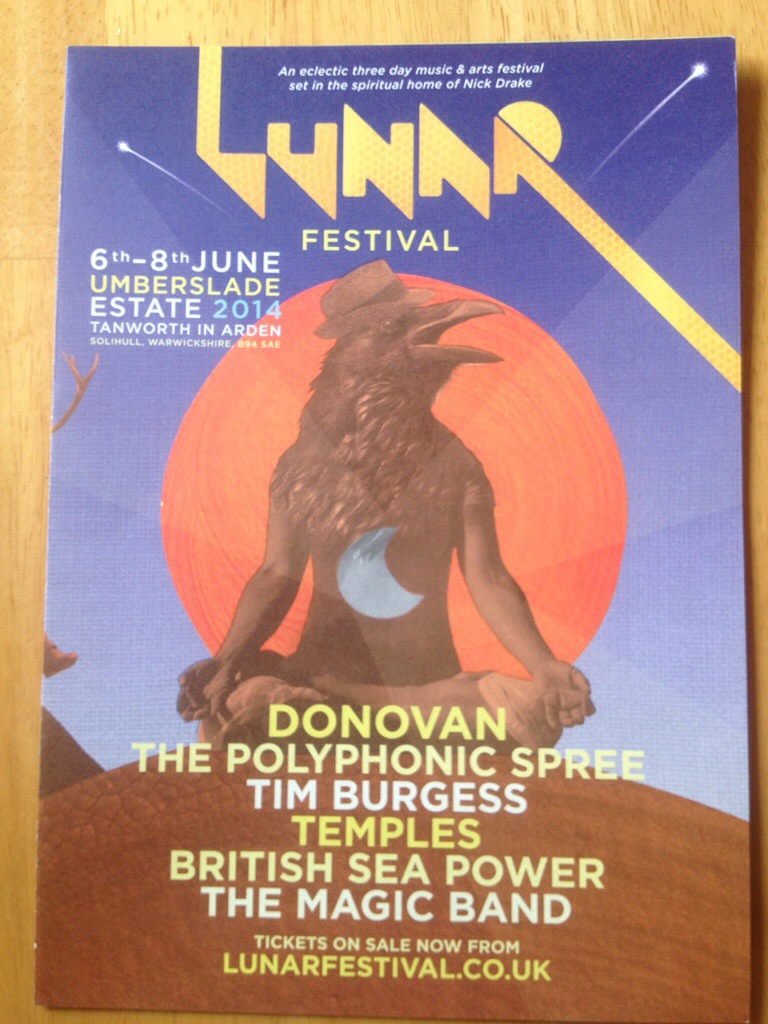 The three yurts looked so perfect on arrival. 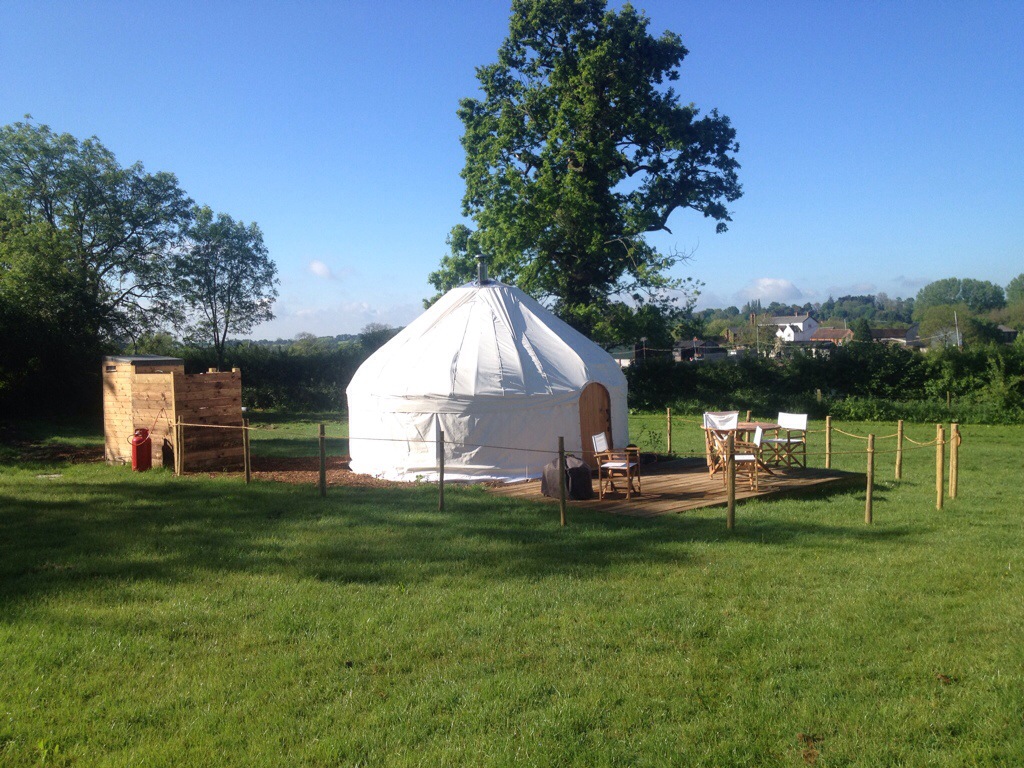 I was wondering what the owner was thinking, I thought wow what a good job we did, as he was late we thought to ourselves maybe we can just tell him we fixed it when he gets there without doing anything. But being the nice elves we decided to start stretching the yurt covers using some Spirits Intent cover wizardry. 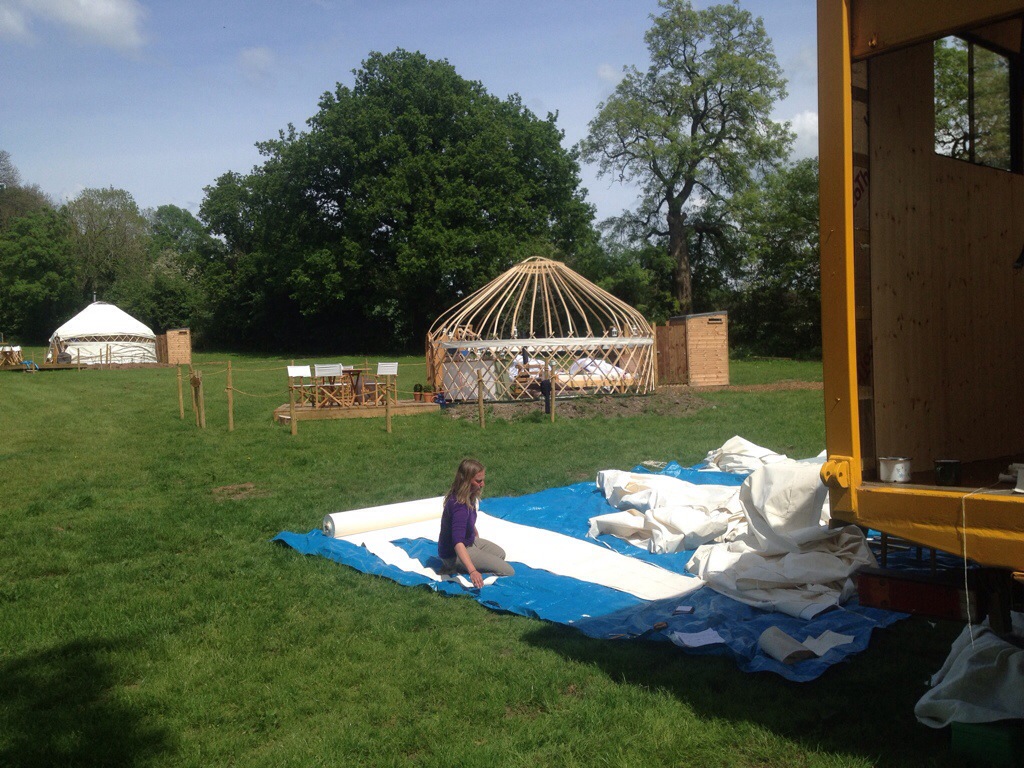 We were somewhat tired from not having slept properly, although driving through the night brought the nomads in us awake. So by the time the owner arrived with some extra covers from one of the other Yurtshire sites, it was getting very clear it is going to be a very long day. We had to get one of the yurts changed while the holiday makers were still using it. So that was the main challenge for lunchtime, they agreed to give us an hour to do so, with some extremely fast roof cover magic we got that done, and when they came back they said they did not even notice the difference (don’t know if we should see it as a compliment). 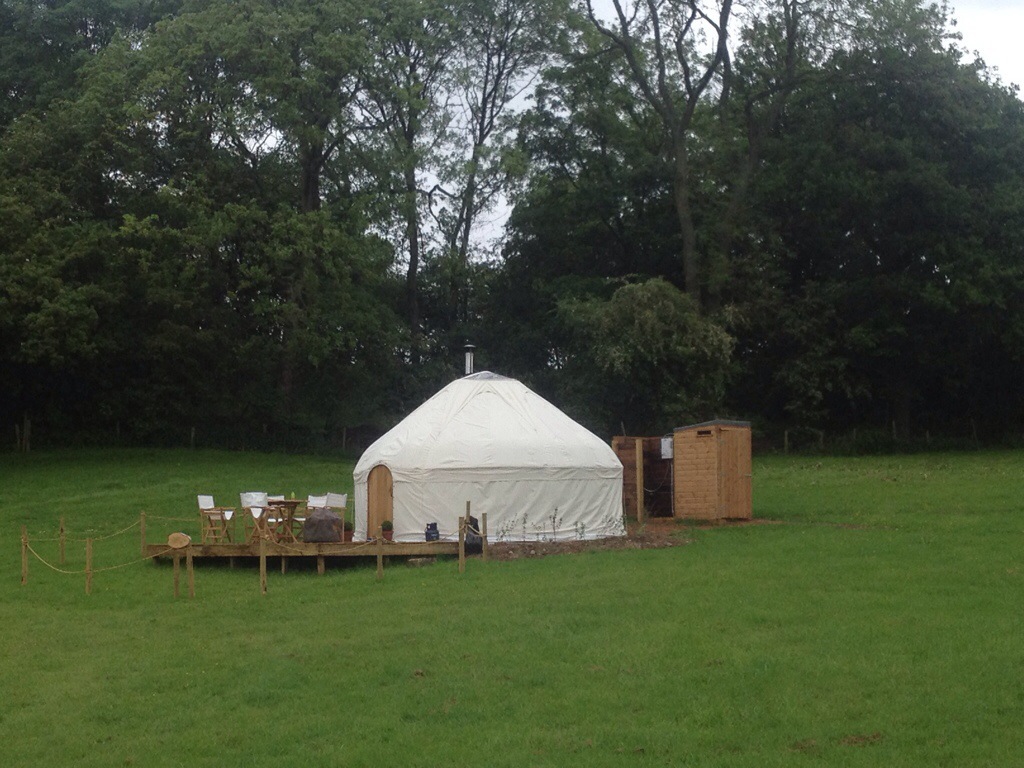 It was now mid afternoon and we still had to open two yurt roofs, and extend the walls of both, the weather forcast was for heavy rain in the night, so leaving the yurts roofless was no option. We were sewing for all we were worth, and so when our friend Henry Dowell (fellow yurt maker) came to collect his 32ft cover, we were in stitches, not sure if it’s because we were so devastatingly tired, or that the jokes were actually funny. It was 21-00 pm and we realised we just did a 5 to 9 work day. Totally exhausted we went home into the truck to sleep, the last joke for the night was “it was a really hard day’s work (understatement) just to stretch those yurt covers a few cm”. It was near death by yurt making, we thought it was funny anyhow. In the middle of the night the rain came quite hard.. 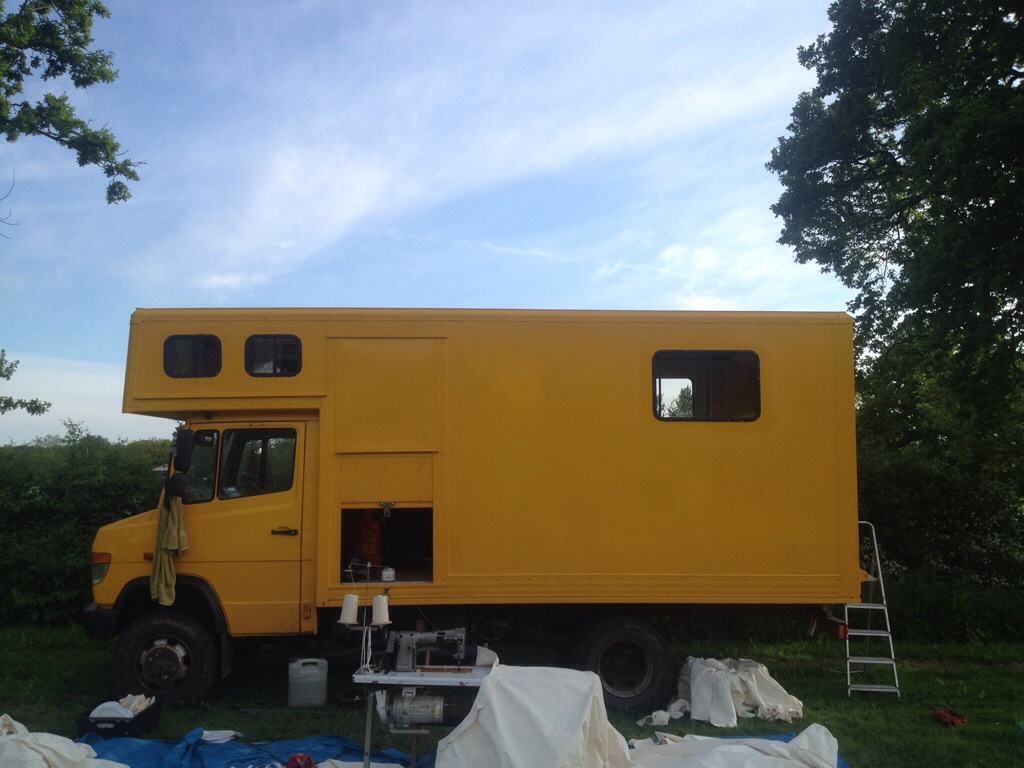 …so at 4 am one of us (not saying who) went out to put the chimney through the star cap. I guess we earned our breakfast. 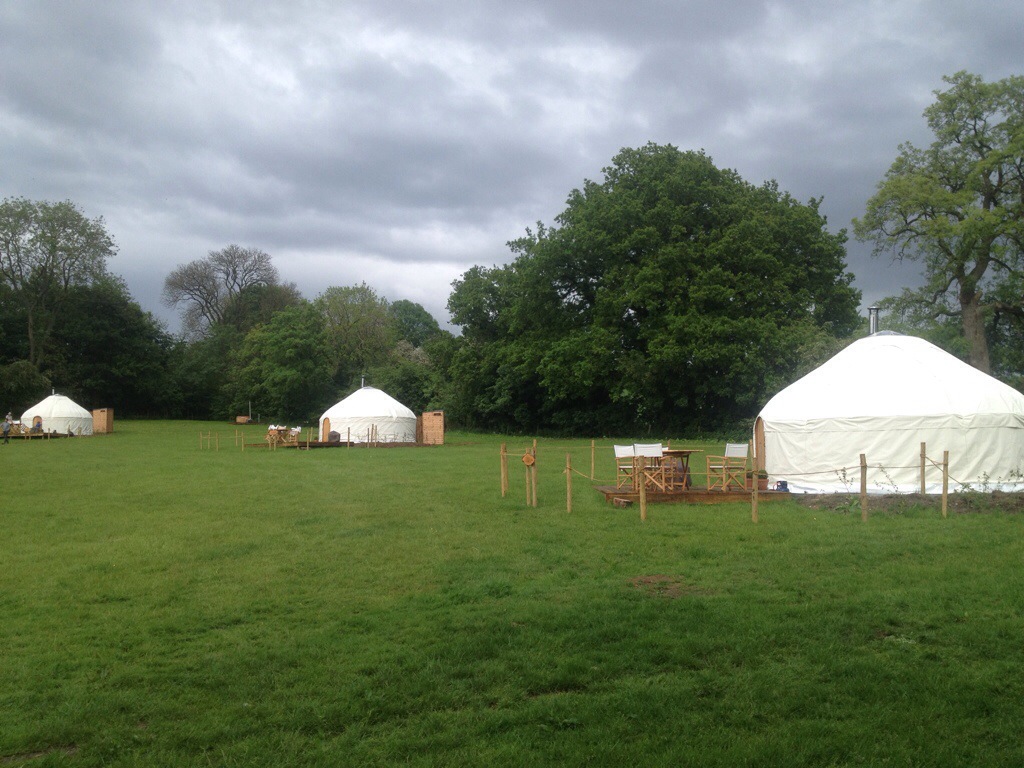 And so on departure the three yurts looked lovely (but not very much unlike when we arrived). Tom Sterne (the owner) was fun to work with, and we both agreed the yurts did look better, it was amazing how much difference that extra space did.