Wow, long two weeks of events and having people in Central Italy, we started by building a masonry mass heater stove, a week of hard work with a master stove brick man called Martins Brikmans, between laying bricks in sand and call mortar we got to work on some inner realm, mainly dreams, it was interesting to see how people move in connection to our energy and place, also learning to work within our own group much more, the stove took place bit by bit layer by layer, it is constructed of an inner shell of fire bricks, covered by normal clay bricks, the heat is diverted to a masonry bench, it than crosses the wall, and passes to another masonry bench, and only than it goes up the chimney. 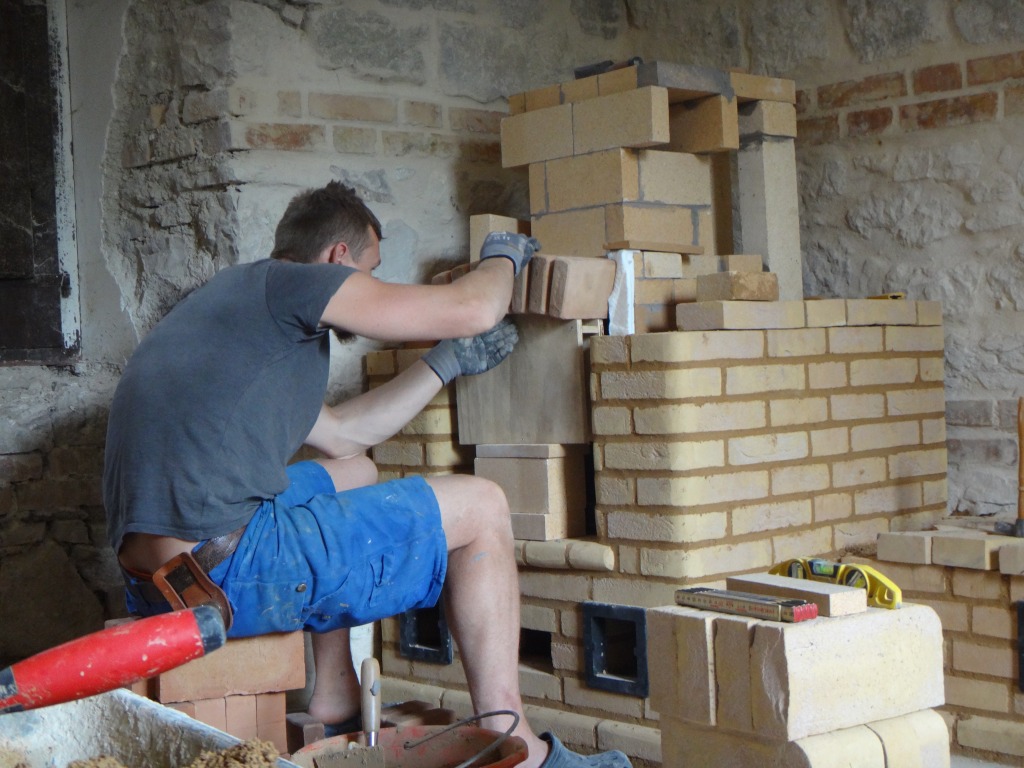 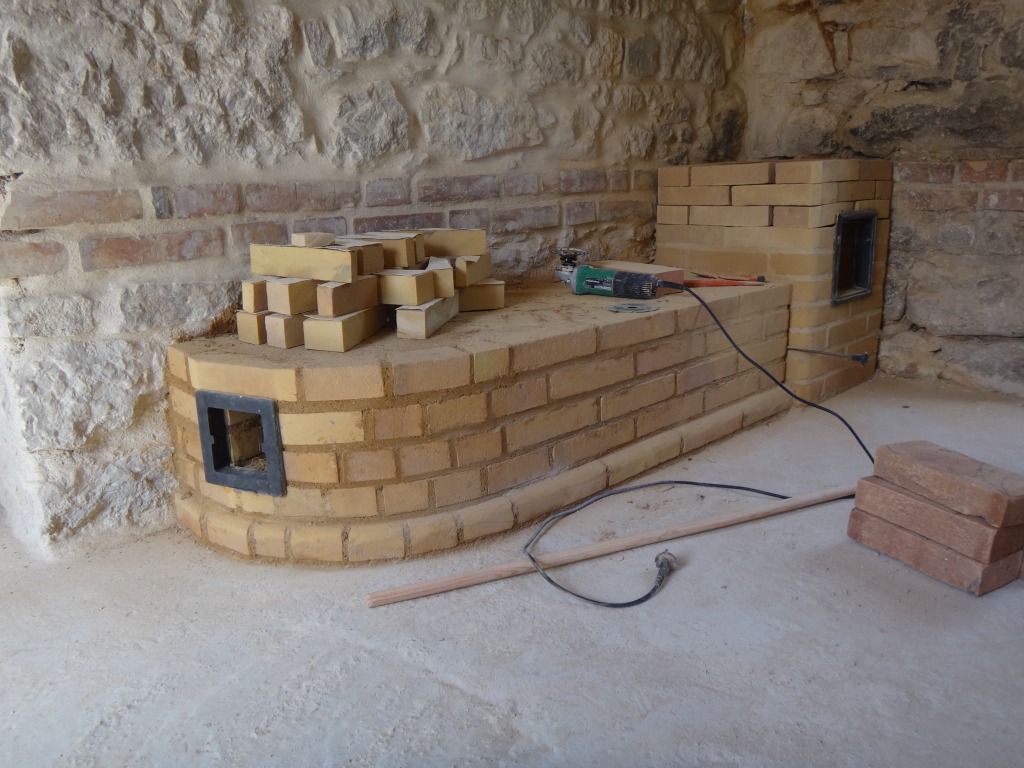 The bench at the other side of the wall

The high energy and work week meant there were moments it was hard to keep up with all that was happening, working with power off-grid, running the camp, building and keeping a level of energetic clarity through it all, we felt like we lost the space one night, than a quick turn around and we started our next event of yurt making, a small group this time and so it was easier to get going.

It took a few hiccups until we got the momentum going again, it was nice again to be making yurts and teaching to people that actually plan to live in one later on.

We had more time to practice holding the campsite for a group, and oiling the dynamics we have within ourselves, learning how our own group work tends to spill over into the event if we aren’t on top of it but seeing how its important to keep things in the open rather than create a false front. 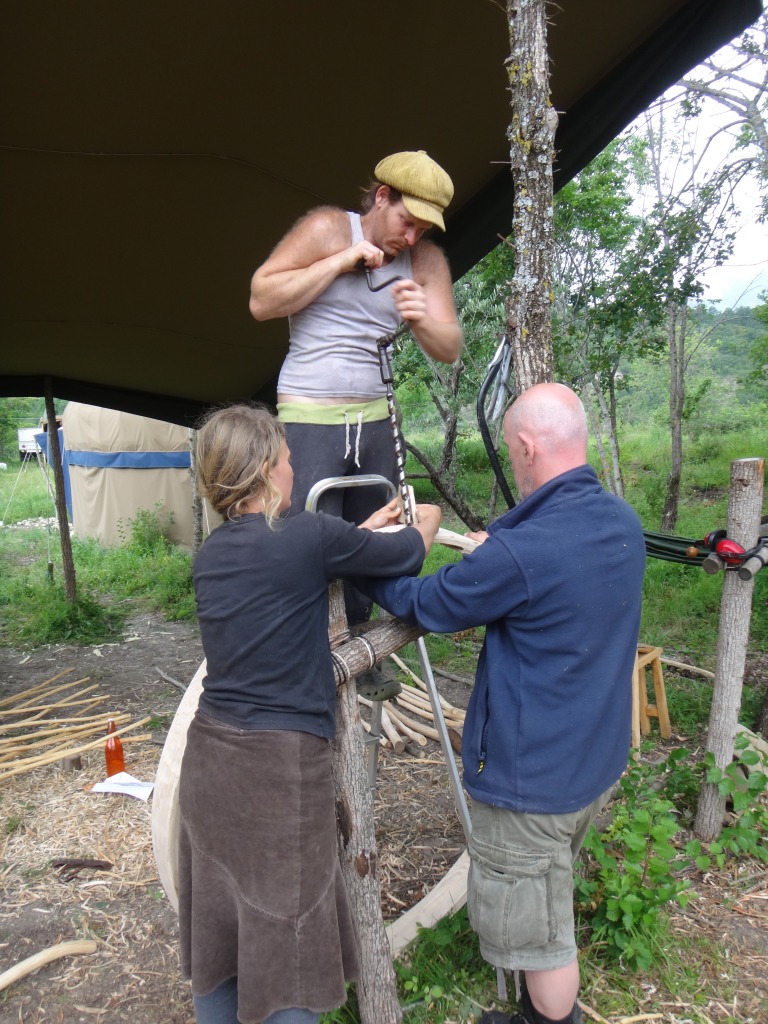 Drilling with the brace 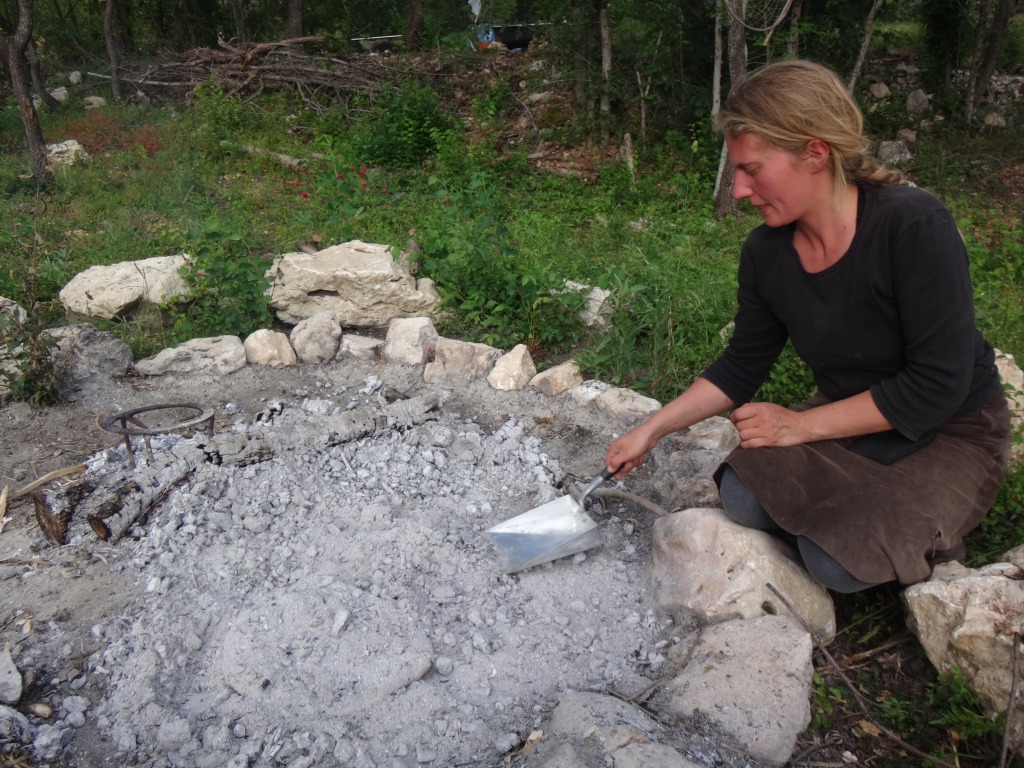 Beduin bread comes out of embers 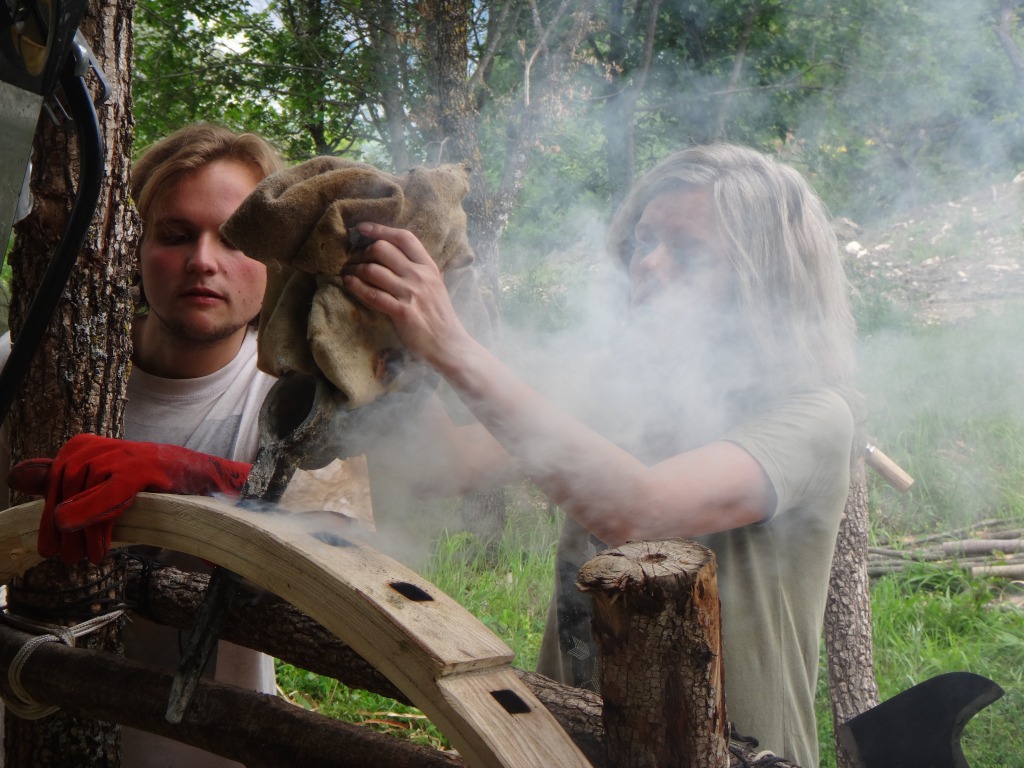