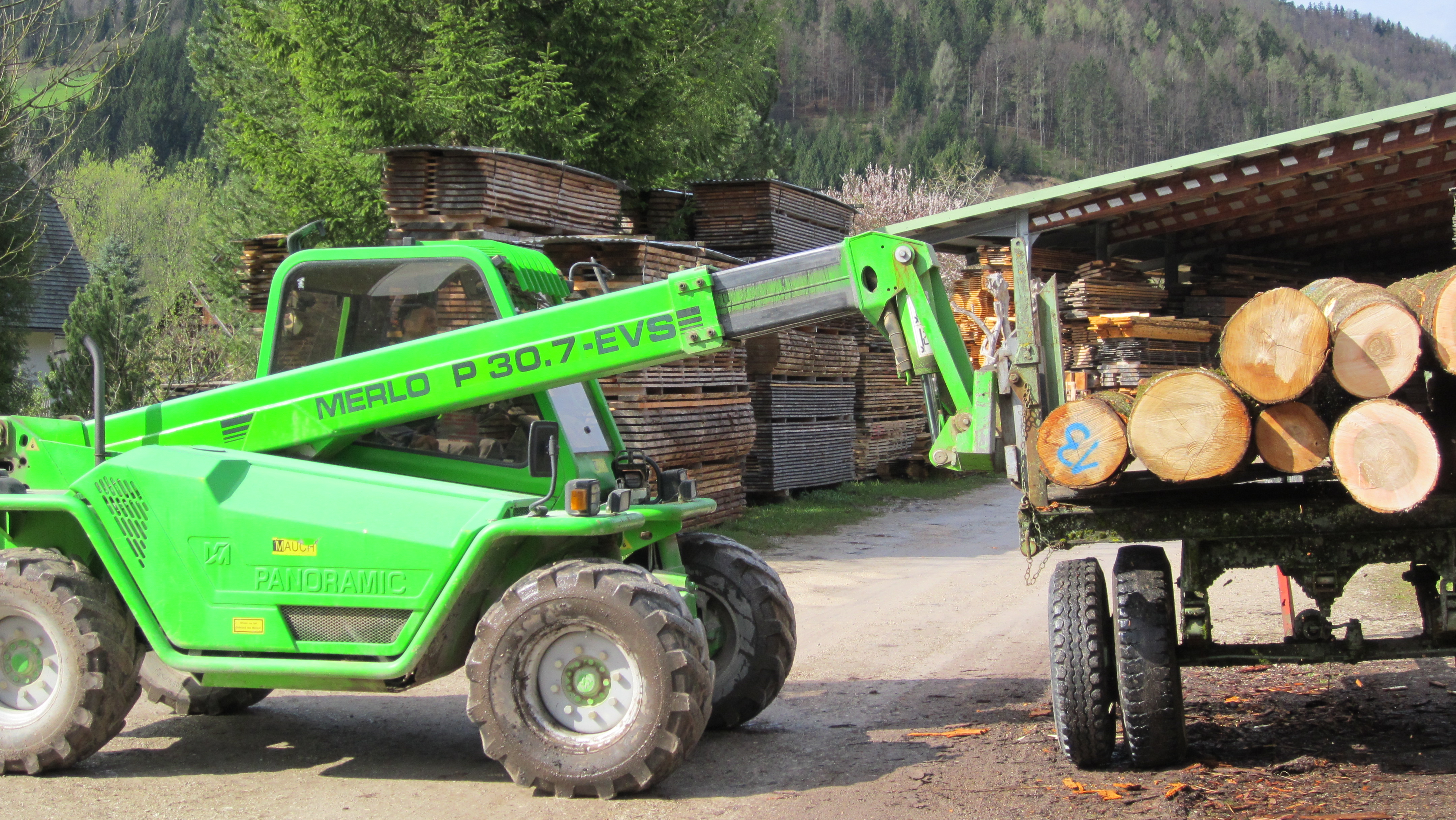 It’s one of those things, that a week or so ago, I heard a thought to write a blog entry all about Bill Coperthwaite, but sadly, it has now turned into a eulogy as we just received the news that he died, when he drove his van into a rock, in his local town, Machiasport, Maine.

Bill has come into our story a few times: the last time was last summer, when we were on the road in Austria in the early conceptional stage of the zome, the central structure of the Zodiac Tent. He was a man of action and the weather then was such that we couldn’t really work outside so much, so Bill went wooding a lot and carved a few spoons, in-between design discussions. One of his memorable pointers was about the redundancy of jogging, and other exercise routines when instead you can go out into the forest, gather wood, carry it home then chop it. And be warm.

In fact, Bill lived alone in the wilds of Maine, miles from the road, and when we last saw him, he said that he had gathered 5 years of wood. For anyone who knows about cooking on a fire and keeping the stove going, that is quite a woodpile. Never mind that Maine is under snow for maybe half the year. And he was then 82 years young. 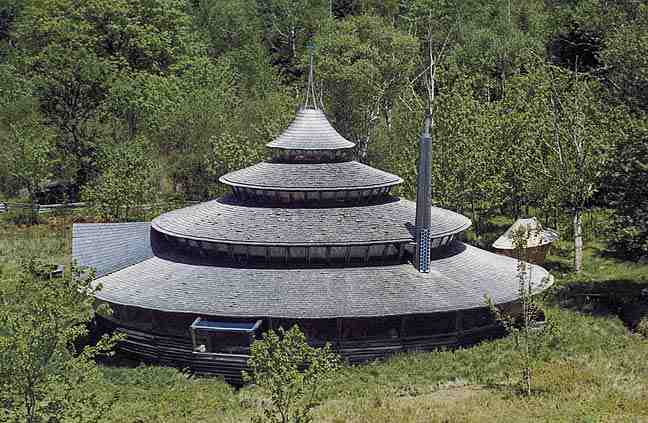 It is said that Bill was the father of the Western Yurt as in the 60’s he designed the tapered wall yurt, inspired by the native architecture of the Mongolian yurt, starting a whole movement. This picture above shows his home in Maine, one of his concentric yurts, tiled with cedar wood shingles, made completely in the wilds only with hand tools. My favourite story is of how the bottom layer came into being. It was originally just the top 3 layers, and Bill decided he needed a workshop so instead of building one somewhere else, he jacked the whole structure up, and built the workshop underneath.

He had many amazing stories, and was like a guardian of the old ways. Living where he did meant that he had no email or phone, thus avoiding the increasing speed of modern technology, and its associated chase of the false mind. His letters always somehow came in that magically timed moment, and he was my one remaining penfriend: making me remember to take the time to handwrite, the creativity in decorating the envelope and sticking on real stamps.

I never did see anyone master ‘witless knitting’ which was one of his best stalking acts involving a method of knitting with one wooden needle, which I think he learned from the Inuits. On his travels, he would sit somewhere quietly knitting, and people, (particularly women), would be pulled in with intrigue and then learn something new, while he made a connection to the local community. 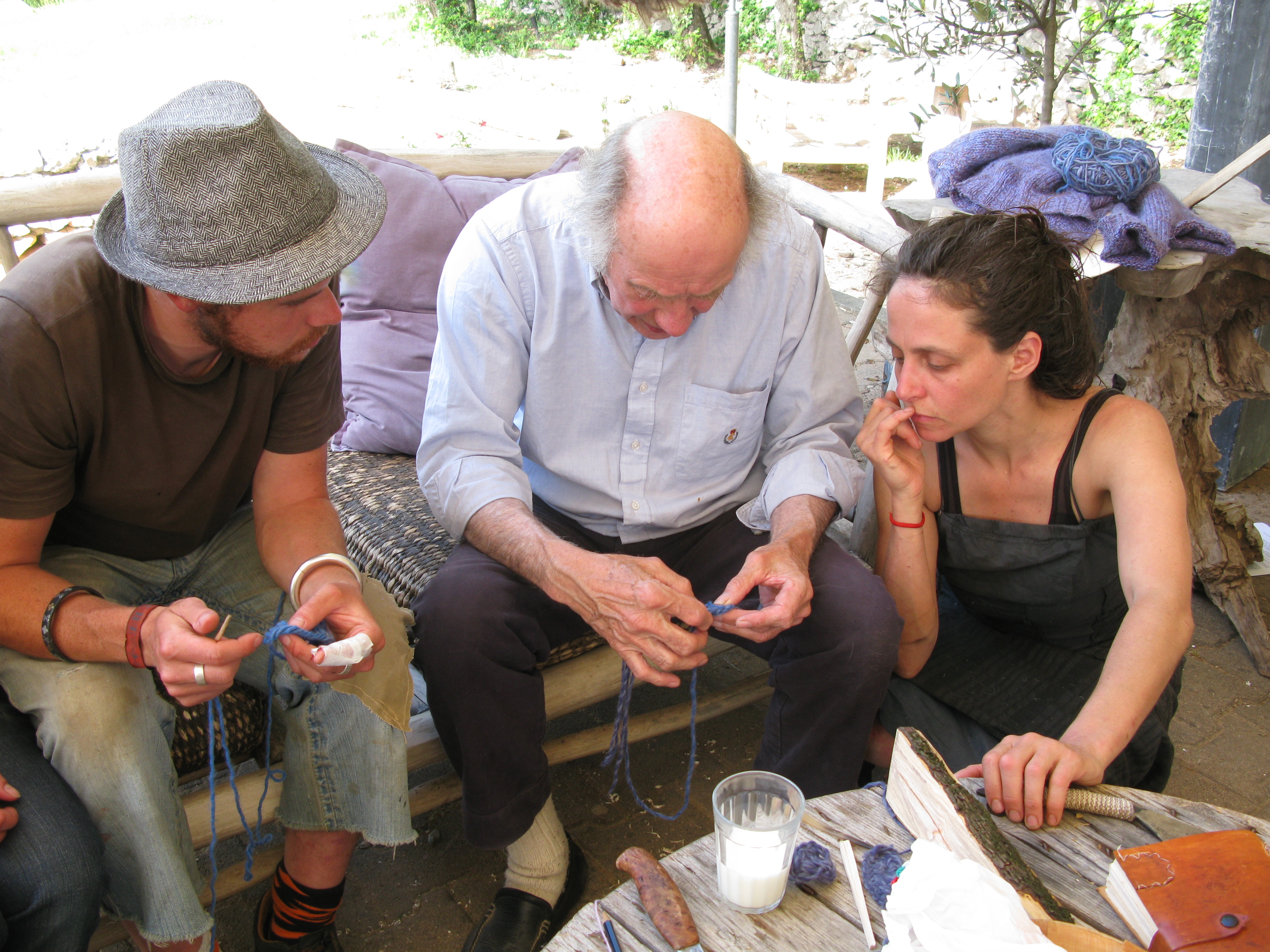 Being hooked by witless knitting.

We first met Bill in 2009, when we invited him to be part of the first World Yurt Makers Conference Gathering which we organised in Canvas Chic, in the Ardeche region of France, and subsequently adopted him. When I picked him up at the airport he requested a coffee ice cream, which we later discovered is one of his quiet passions, (and is what led the boys to a folk craft museum in Austria, in another story). I said I would get him some ice cream in exchange for a song. When we got to the campsite, I took him to see the double storey yurt we had built. Now when most people saw it they would say ‘wow’, or ‘that must have been hard work’, or ‘how did you do that?’ Bill said, ‘Now you guys must have had some fun.”

I am grateful to have shared some of the story with him. He was a rare bird.

One thought on “Bill Coperthwaite”