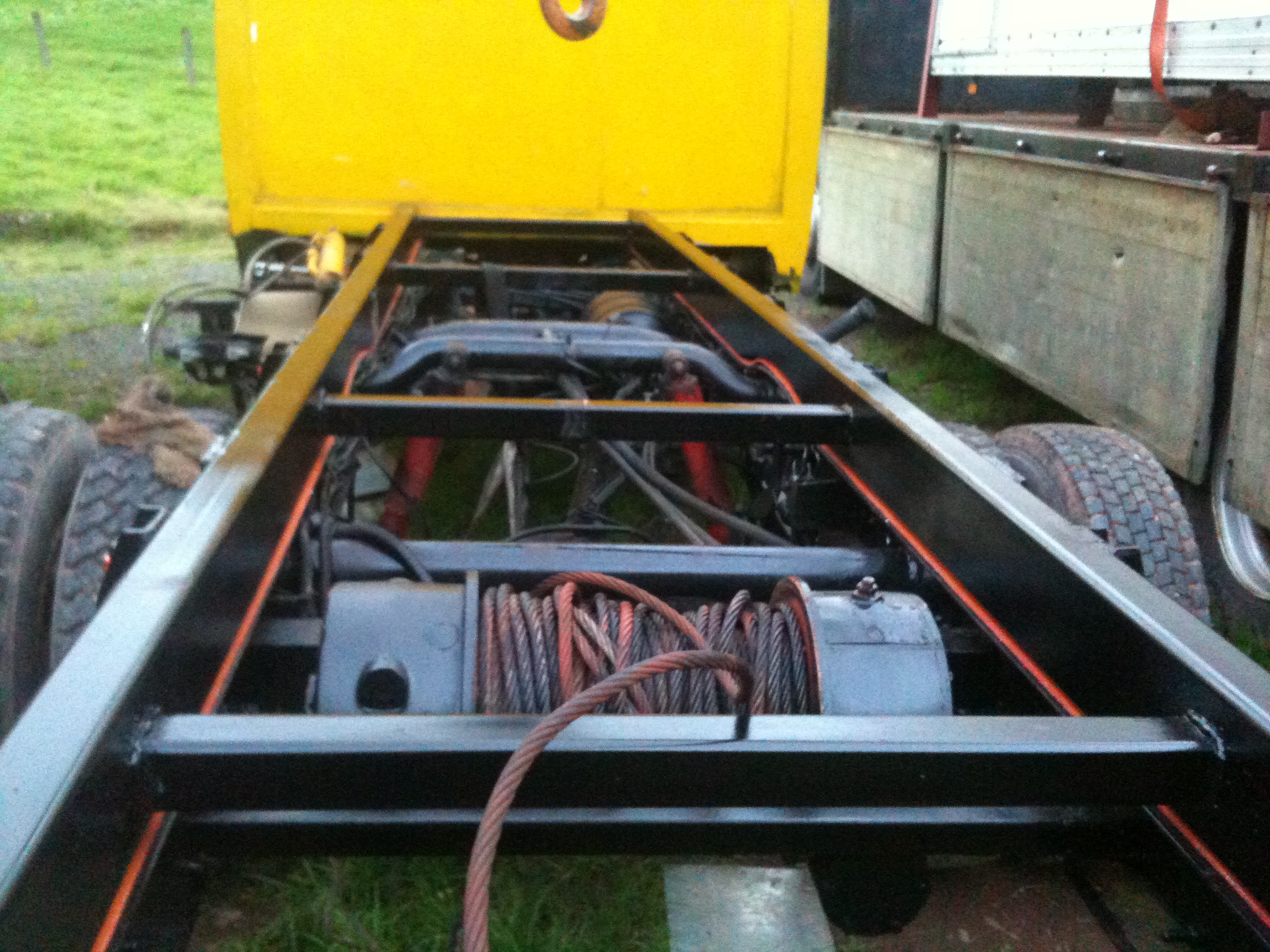 We have been working to make a luton over the cab for our new truck project, as the big one is being sold.

We got our Inspiration from Ian C., Who got his partly from these guys. Maybe you got the impression by now that we love everything nomadic, that is true!!! SOmehow along the way we became in love with 4×4 trucks.

The current creation is basically having the cab fixed to the box, which puts quite a bit of strain on the join, unless the chassis uses springs, so instead of having fixed brackets under the box, we have springs alowing the chassis twist to be taken away from the box and the cab joint. 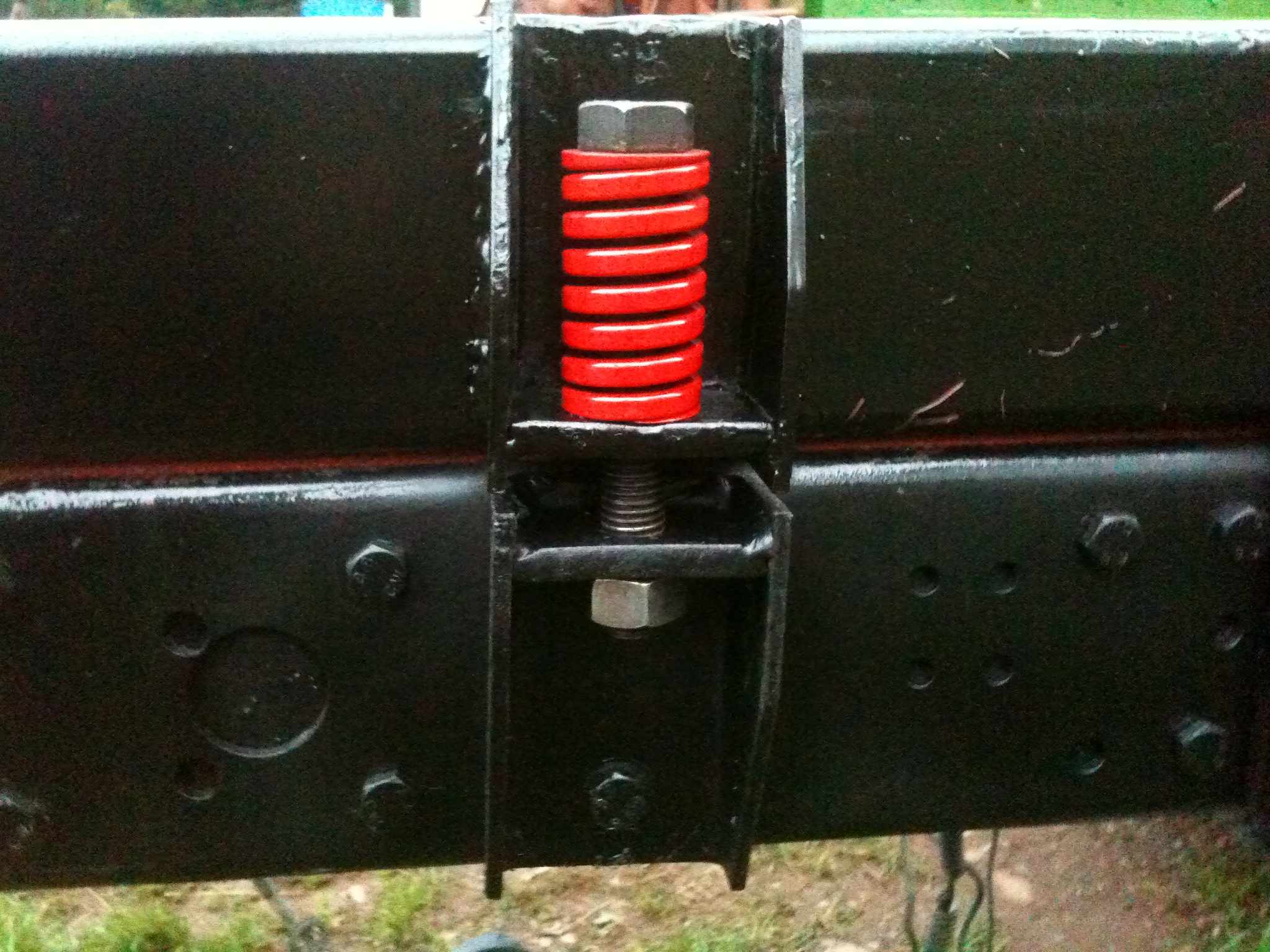 Because we understand that every new build has its own version of this method, and we are following in the footsteps of two builds, we copied what we thought worked. Ian was really helpful with the brackets and other stuff.

We cut the rails to follow the curve of the chassis and embedded the Ramsey Winch into it as it was too good to lose from the old electricity back. We are going to use it as a back Winch for this winter”s snow challenge, so this truck does not embarrass itself like it did last year. 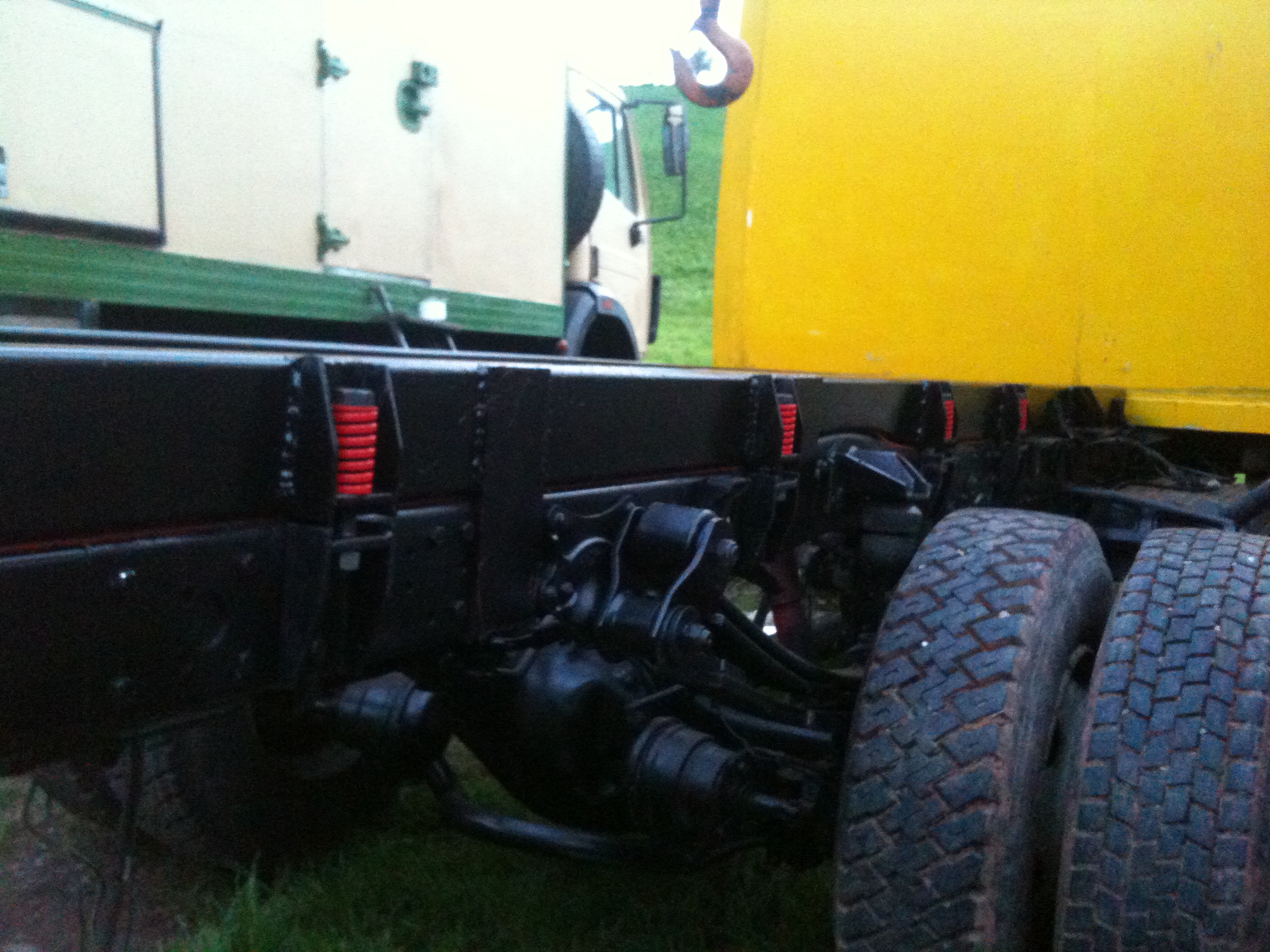