The Group Mind seems to doing its job as the morning I was writing the entry about the Elfi Yurt Edifice, I got to thinking that the Unimog needs its own entry and right then, there was an email from a guy who wanted to buy it…we sold it over 2 years ago.

So that was a sign that the Mog did indeed merit it’s own entry which looks like this. .

It’s a bit of a long story, as many of these are, but the vision for the Unimog and maybe the whole adventure came at the Hoopoe Yurt Hotel (a story in itself), when we were sewing their oh-so-big yurt cover in time for Santa and it looked like this: heart of the world, 4×4 trucks and tent palaces.

Morning Star had always wanted an excuse to get a Unimog so we began looking and found a nice looking one in Essex, of all places. The boss, (who had a  grand piano in his office) took us to his playground out back to show us what the Mog could do and drove to an extremely steep cliffside, “No way” we both said. The Unimog did it without even blinking…..and then back up: an impossible angle. It is often said that the Mog has more balls than you.

This Unimog had quite a colourful history as a mobile welding unit in Kazakhstan and thus had a 25KVA hydraulic generator, which ended up under the bed and meant we had endless power on the road. 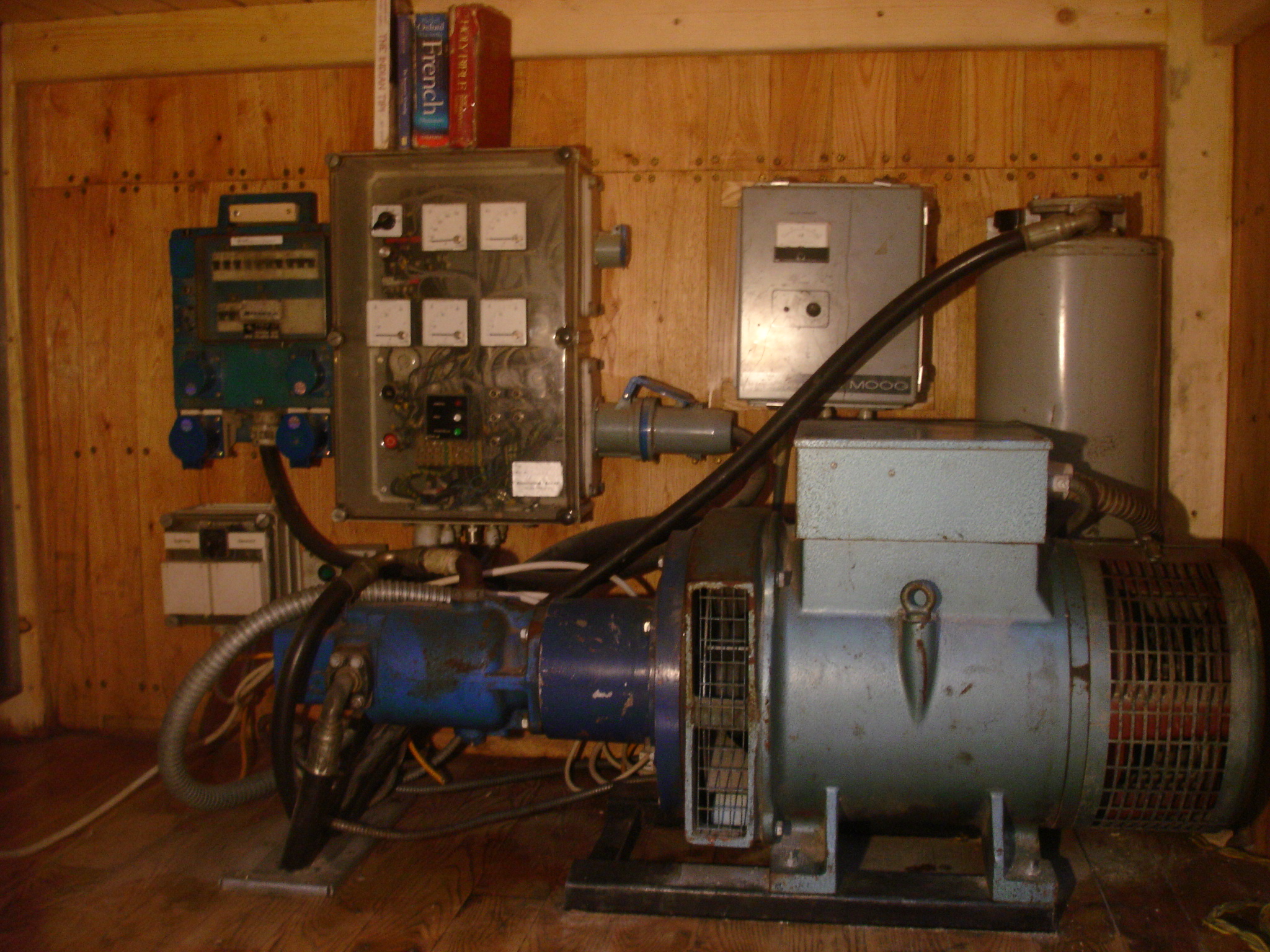 The welders in Kazakhstan were Brits who drove it back to their local pub in Essex, and opened a book on how many miles it would do. The story is that the clock stopped in Dover…..

With combination saw on the tail lift

The million-dollar question was how we were gonna afford this vehicle, but the Spirit was with us, because as I sat in the old box (we changed the box to a bigger one) pondering this question, the ‘phone rang and it was a woman called Penny (get it?) confirming an order for 2 yurts. So there it was…

Now (it’s not an excuse) I hadn’t driven a Unimog before with its unusual steering and a Left-hand drive (this unimog is LHD) on the left, and when I went to collect her and drive her home, I had a bit of a meeting with the tail gate of an oncoming truck which meant I lost the right side wing mirror making it even more of a challenge to drive. Luckily they think about these contingencies and I got one in a fuel station, and made it to the B&B for the night, where this came from Morning Star…..

This little poem is about the real way
Some have forgotten some seemed to sway
The half moon is light of new dawn
It is time for the flautist, the sun rise of his day.
It is the peak of his life,
to go unfortold To a magical place called the dot dot dot dot
No one as been there, because nobody knows
That the spirit itself is the one who has called.
The magic has been such, that many have written
the story of one, but one is that flautist that have lead them away. To the point of conjunction, to the place that is called the center of lines,
a mind of it`s own, or the warriors way.
So it is time for a flutist to bring this new dawn
That all possibilities WILL BE surly forgone.
To invent this new language, the tongue of the hearts
To play it, and walk it, and dream it about.
If you have heard his music, you know, it is sad.
and for longing, it captures your soul
it is sad as you know you must go.
but your body is unable, to let go of his hold.
to move to the music, to truly be bold.
But yet the music still lingers,
not to be followed but as, a real note
to the composer itself, that some of us know.
And we still do follow those haunting notes
of unearthly music played by unearthly fingers
walked on unearthly toes.
The day is not breaking
but it is nearing the point where
the night of the dreamer
Be followed by a true living day.
When the music will play, in the hearts of the few
to go to that point of conjunction, that center of all
the place where the music as lead all along .
This morning twilight is the last hold of known
The flautist has waited, not for someone unknown,
but for his completion, to cleanse his own music,
for the truest of tunes, a tune he can own.
So the day is now breaking, even if the star
of the dreamer still lurks in the sky
or a cloud may obstruct him From the view of the eye.
The music is playing, to the strings of the world,
A voyage beginning to that place unfortold,
To The heart of the world.

Now a Unimog is basically a fancy tractor so has 8 forward gears, all quite high geared, so when you drive off, you have to very quickly do the whole range 1-2-3-4-5-6-7-8 which makes traffic lights quite interesting, and not only that but it has 8 reverse gears as well, the full range of which, we were never in a situation to need.

When we eventually got on the road, the Unimog, being a tractor, isn’t known for her speed at the best of times, and being loaded and towing the trailer, made us the slowest thing in the West. On the mountain roads of Austria where there is nowhere to pull over, we sometimes had to deal with a 10 mile tailback of angry Austrians. A bit scary for the Wandering Jews.

Having such a powerful generator aboard was fun and made lots possible….like running the combination saw in the forest or welding stoves next to the road.  (We were once parked in a (rare) lay-by in Austria where Morning Star was welding a stove when the tall blonde Aryan cops came along. They were very suspicious and a bit scared which intensified when they asked for our passports and Morning Star pulled out his new Austrian one, curtesy of his grandfather, and they realised that he didn’t speak a word of German. Nicht koscher).

After many adventures, we sold her, as the type of terrain we drove on didn’t really justify such a juicy vehicle, and we miraculously found a buyer for both the Mog and trailer in Lancashire. 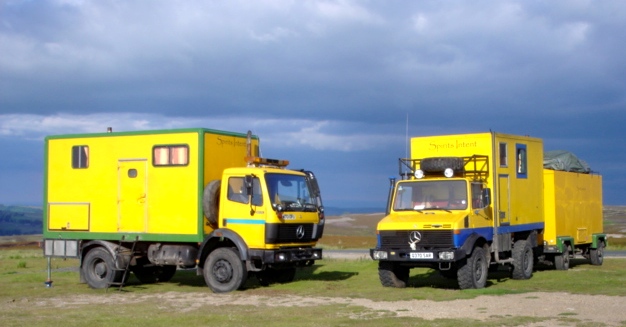