פירגון (firgun) is a an Hebrew term that means – giving someone credit, to speak highly of another person without any investment for yourself, telling of the worth of a third party individual.

So in the firgun slot of today we would like to speak of another yurt maker we think highly of, Henry Dowell .

It was a several years ago….. we were contacted to make a cover for Henry, for a school yurt, soon later another followed when he bought another of our yurt covers, one that was a part of a job that went bad.
He made the frame to the cover measurements, which was very clever.

We have seen so many yurt makers come and go, partly due to the fact that yurt making is like hunting gathering, sometimes you have no orders, and sometimes you hunt for big game, a reality which led a few to diversify and hire yurts too, for those moments when the prey does not come near enough. 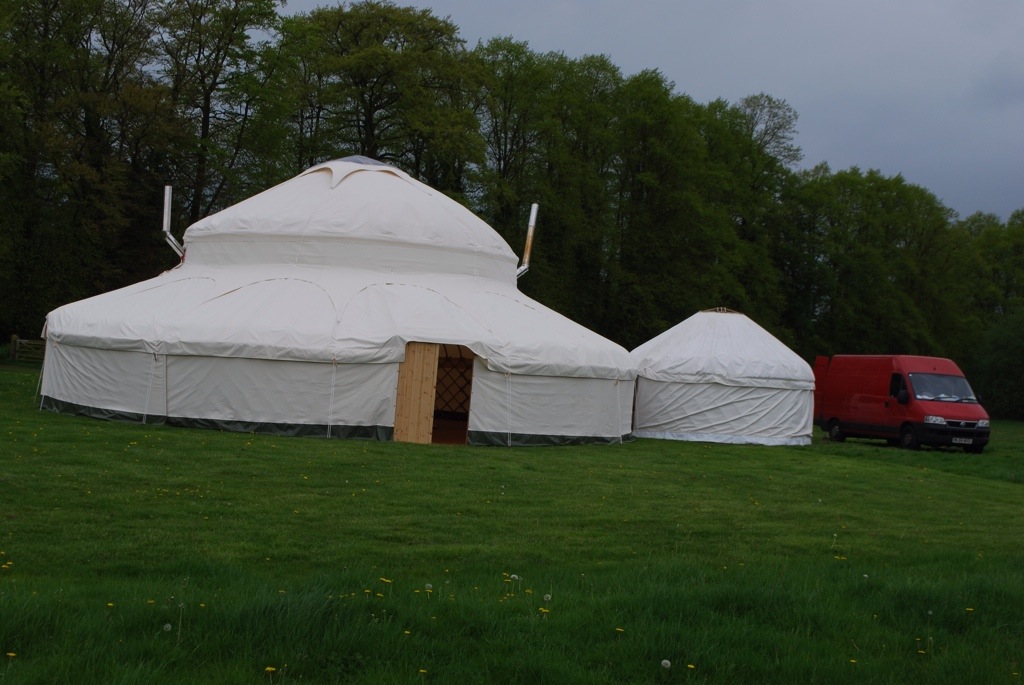 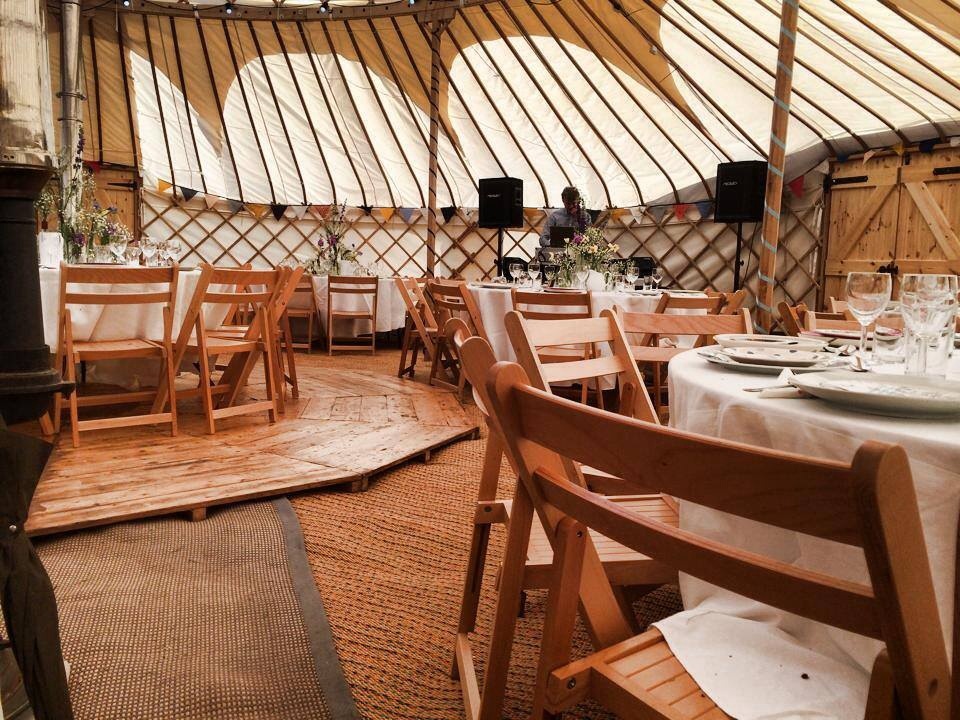 A really interesting yurt type we think, and that cute little upper storey trellis is adorable, with it’s mini doors (where the flu comes out of).

We feel like there is really not near enough of this type of פירגון (firgun) going on, the fact that there is not even an English equivalent sheds some doubtful light on the chances of it becoming a full scale activity in these parts, especially not amongst yurt makers, who tend only to their own yurt hunting.

We recently finished a 32ft cover, for (the now famous) Henry, which actually gave birth to this blog entry before it became a Hebrew lesson. 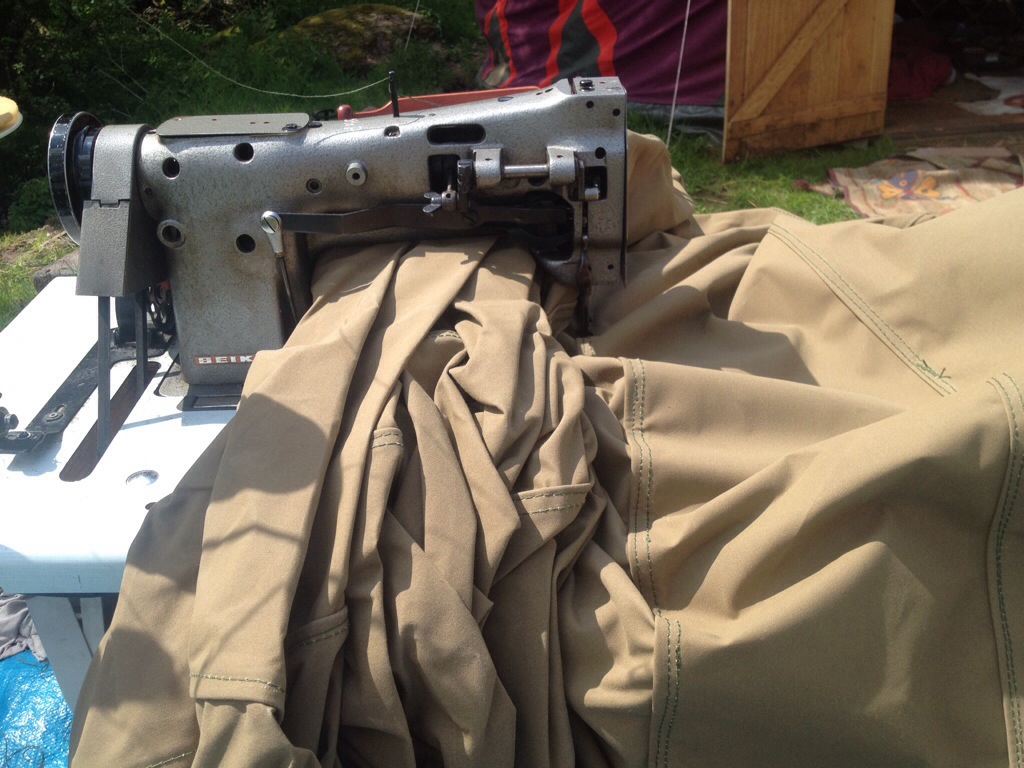 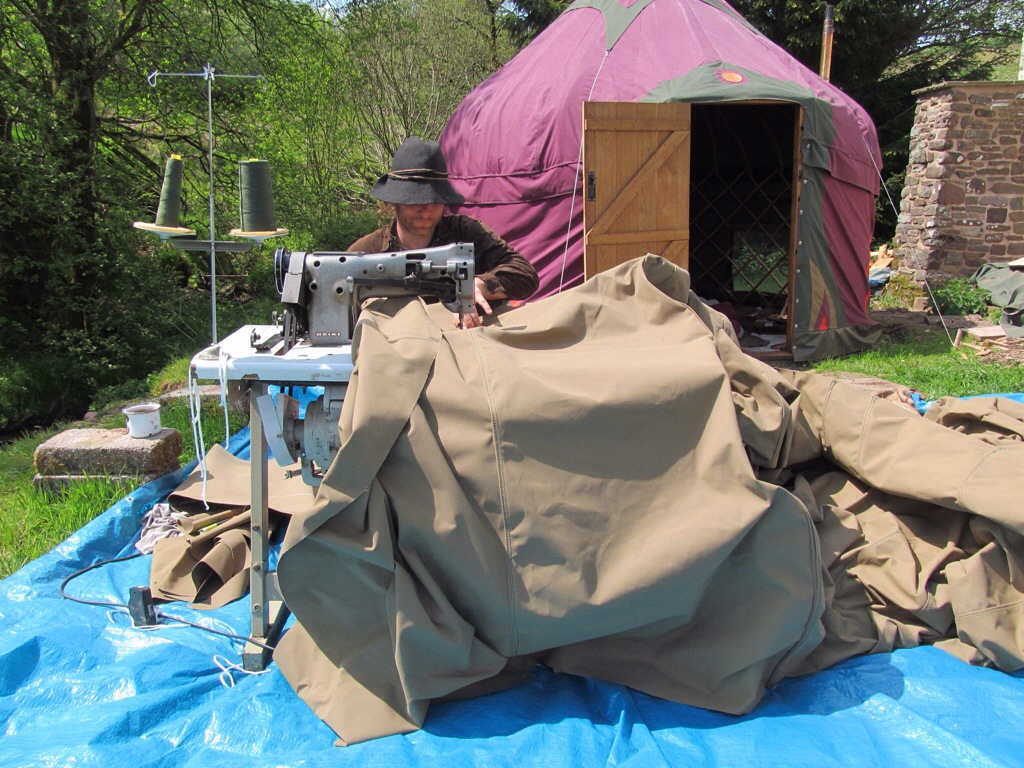 And here it is in it’s new home

And finally if you follow the link you can see a movie of Henry putting this 32ft yurt up, amazing how quick he does it too!.