Its the beginning of winter, because this is usually our busiest time, we try and find a moment to go away on the road, to rest a little from the everyday, to find sometime to connect to the power of story and place, using travel to find our inner bearings so to speak.

Because we have spent a lot of the last year working on our Heartland site in Italy, we have been present through a series of strong earthquake, this has been on the news everywhere obviously.

A few days ago we finally found sometime to go and see the reality of things ourselves, the winter has not really set on central Italy yet, the weather is very warm, and travelling through Abruzzo we didnt really feel like we were a week or so from December, Abruzzo felt sleepy, stopping for fuel in the camper truck, I got talking with the lady in the cafe, she said that the earthquakes on top of it all made one really want to leave, I told her that someone has to stay, to work this Amazing land, we have started a cultural association in order to help fight the issues of land abandonment, and to brung sustainable tourism as a way to regenerate the land.

We drove past L’aquila, we were headed towards the hot springs of aquasanta terme, at some point that day we realised that the road is going to take us through the whole earthquake hit zone, there is a spot we love around lake Campotosto.  We parked there for the night, it was good to be on the road again, the quiet around the lake….. mingled with the sense of myth were really high that night, slowly it seemed like a story was emerging, the lake for us also represents the first contact we had with Abruzzo so we love it for that too, looking at the map that night, I realised that we actually drove through Amatrice (one of the towns that was devastated worst by the earthquakes), one could say it was for us the door into Abruzzo, it was strange, like the door collapsed on us, and now we were going to see the damage.

The next morning we drove on that same road we took the small road to Amatrice, it was early morning, sunny and warm, the world seemed peaceful, but the closer we got to the town, more and more signs of devastation were apparent, collapsed houses army trucks, fire department trucks and police were everywhere, small tent cities are dotted around, we drove through Amatrice itself, it felt like we were in some army base, trucks and man were everywhere, we drove in disbelief, and yes the road we wanted to take north was blocked, we got diverted, it seemed like the army and all the workers actually made a whole new road leading to the SS4, it wasnt very clear if we can pass there with our 4×4 camper because some of the bridges were under 3.5T, but we risked it and came out. 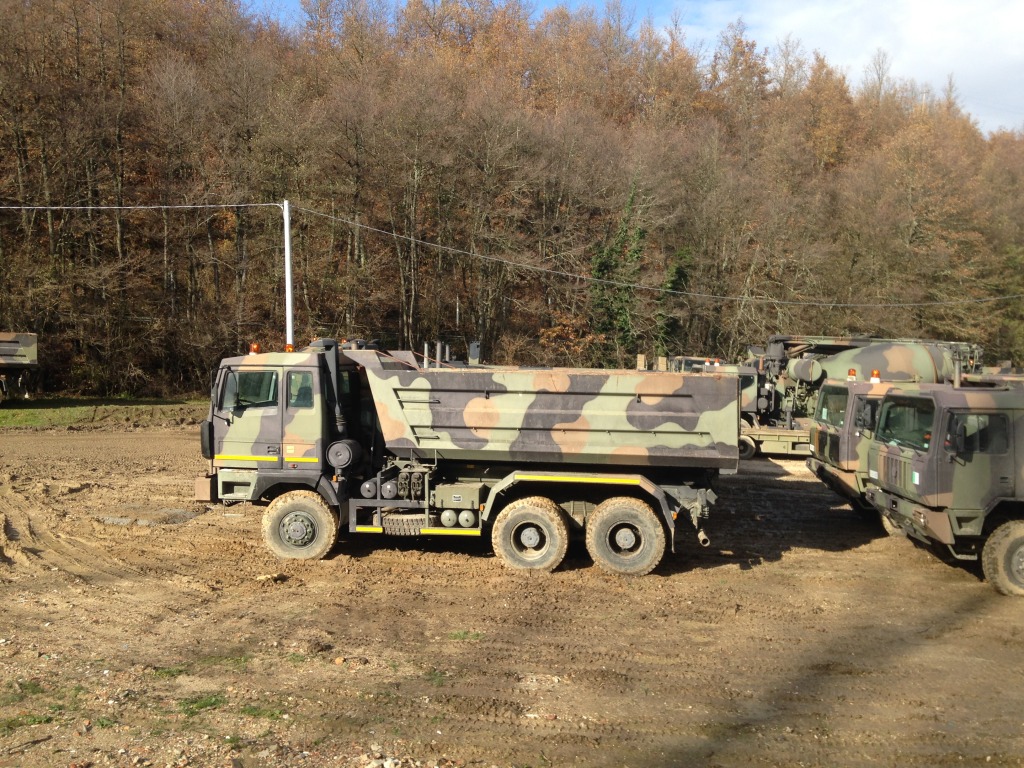 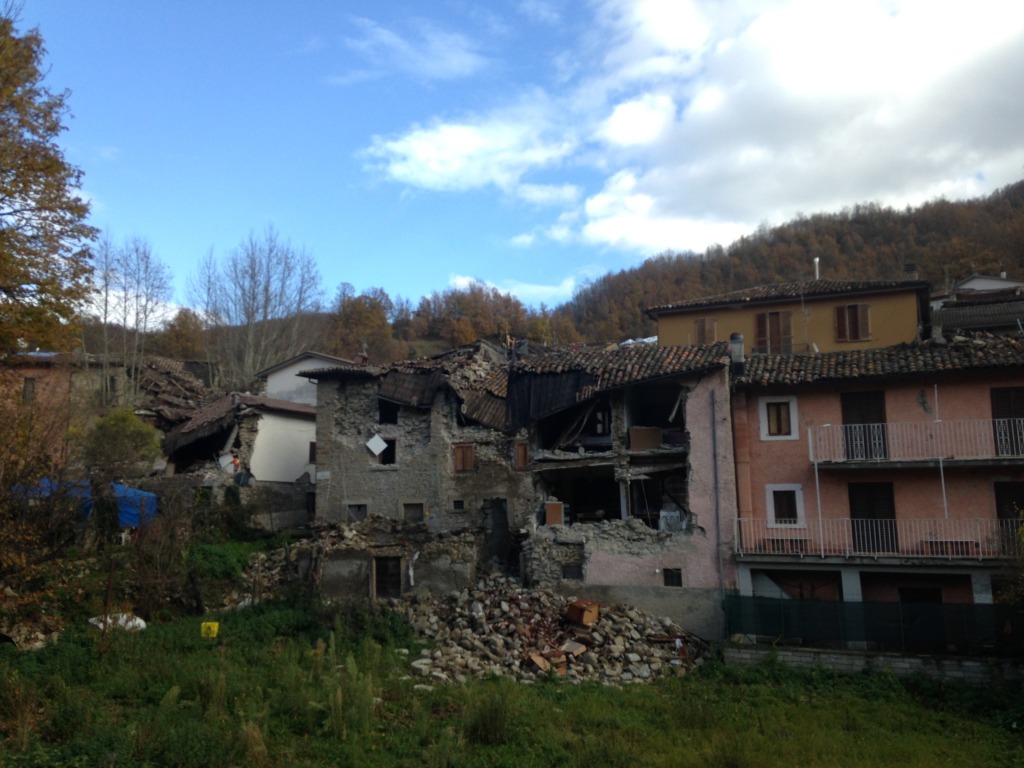 We now were in earthquake central, even by the main road, every other house was broken, cracks in stone, collapsed restaurants, the small hamlet of Pescara del Tronto, lies just above the SS4, passing through on the road, we were somewhat amazed to see that nothing was left, it seemed the whole town just fell of the cliff, cars were lying in the ravine, and two stories of shipping containers were put to protect the road from the landslide, but what was sliding wasnt the mountain, it was the remains of the town. 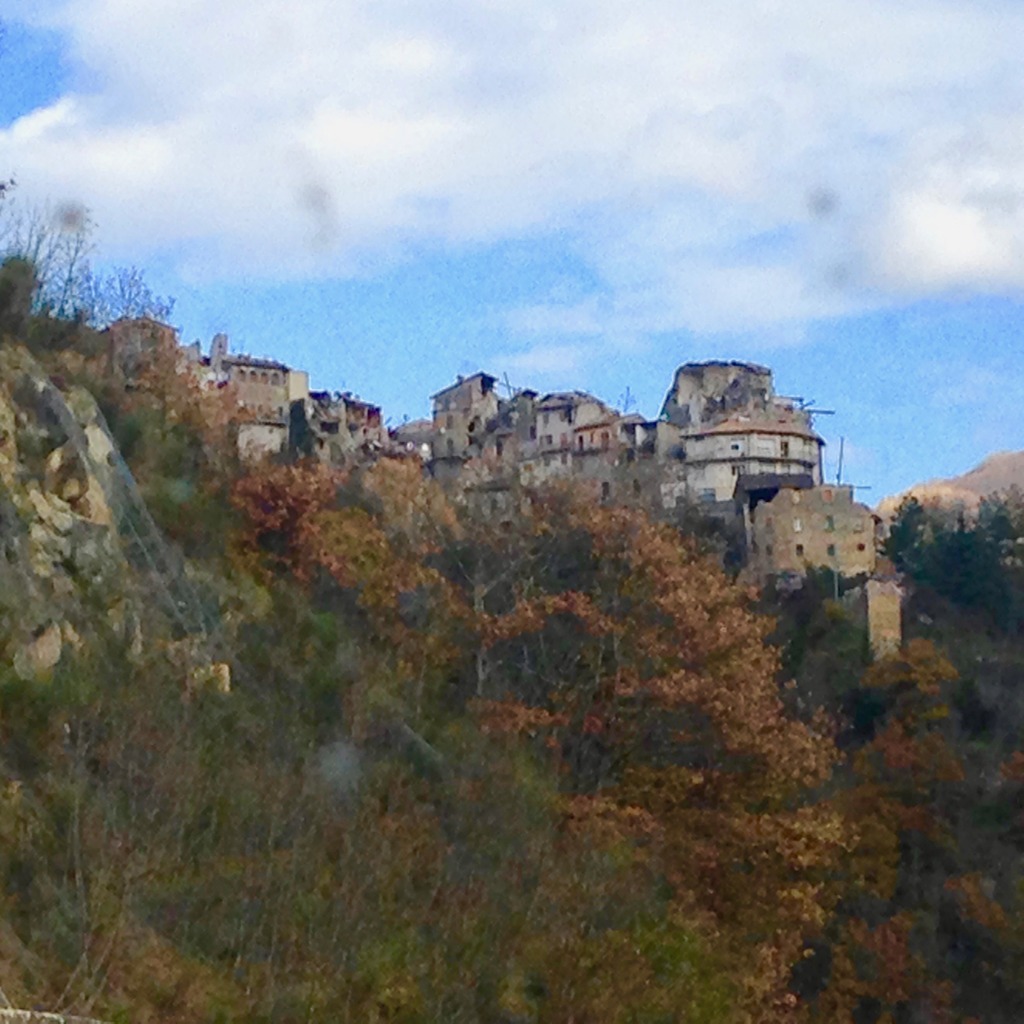 The remains of Pescara Del Tronto

It really was like traveling through some nightmare, the road though was open, the next fuel station had no more diesel, I guess having all the Italian army, and fire department meant there was more demand tan usual.

Here too new tent cities were everywhere, and army trucks blocked the road on every other cross road, google maps was really emergency state like, as it had so many red circles, it basically seemed like we couldnt go anywhere but where we were going, somehow it felt like it didnt touch us, like we were driving through a dream scene, we got to Aquasanta terme, the town seemed asleep, having taken a little small road a km before, had seeing the destroyed houses in the hamlet above, It was a relief to find our that no house collapsed in the quake, all the terme were closed for the winter, but some now had red tape around because of quake damage.

We walked down to the river, the sulphur water comes out in a big rush to join the river, the place was abandoned, so we took our clothes of and entered, it seemed so serene so out of place and time. 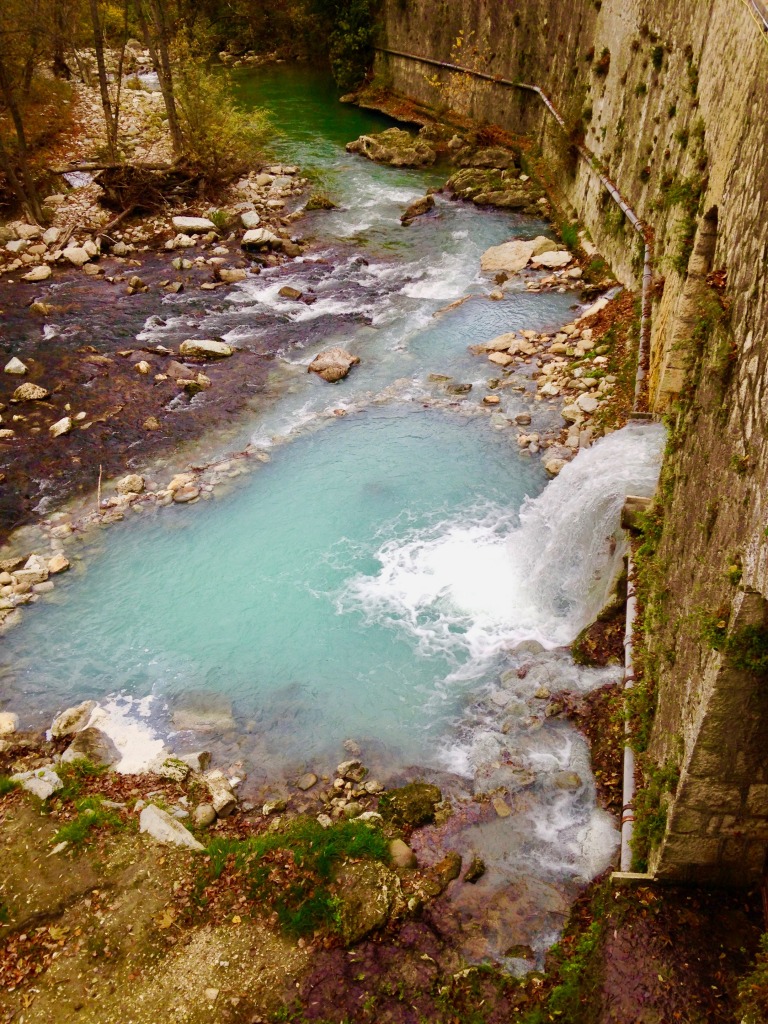 The Aquasanta (holy water) pool by the river 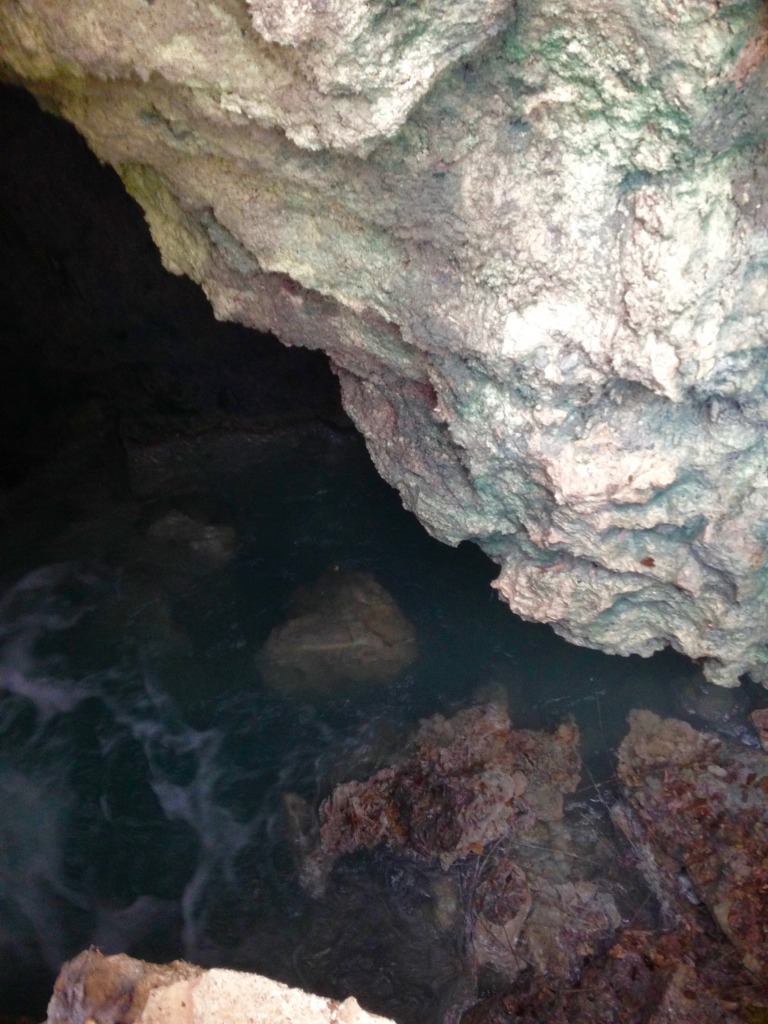 A peak into the godeess’ Mephitis chasm

There is an old goddess worshipped in pre-roman times, she is called Mephitis, the goddes of evil smelling water, she is the goddess of hot springs, and chasms, the goddess of the places below, where the deep comes up to the surface, right above where we were bathing, there is a cave which is now closed by iron grate, but there the rush of hot sulphur water made me think of that goddess, with all the earthquakes it seemed relevant that something below is moving.

We were following a thread of sorts, it seemed that the road wasnt just leading us in a certain direction we simply couldnt take any other roads, the whole area was closed, but somehow the path to the open pool by the river was just there, like it was waiting for us.

A myth was emerging, bit by bit, the land was telling us a story something deep was moving, the pre roman Goddess had a message for us so it seemed but as this Blog entry is already a little long we must continue it with another…….