Remember the two storey yurt , and its’  frame,  which was made from the Kyrgyz frames that we acquired from a French yurt maker? Well there was one complete yurt frame left over, which we covered for a woman who backed out in the end, but somehow it had this strange power that whenever we put it up, the Thunder and Lightning Beings came out, and a big storm was all around. So it became   ‘The Thunder Yurt’ and if you look at the picture below, you will see the lightning captured,  as a big Thunder Bird. 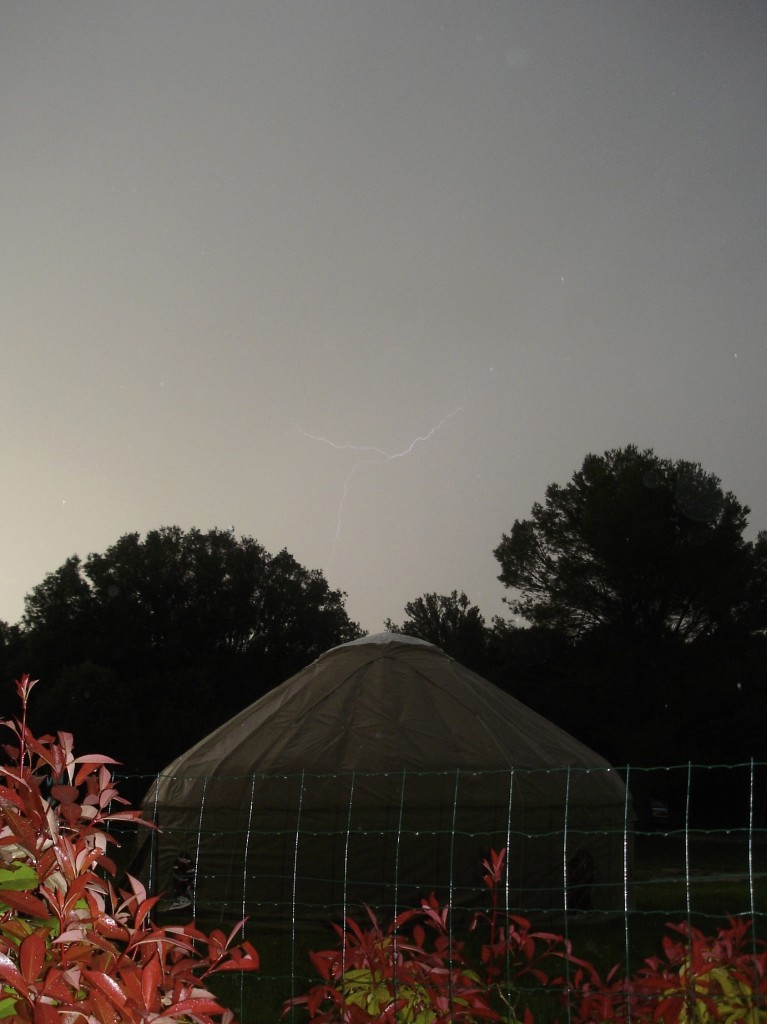