We have looked into the myth of the peacock angel here, and in that post there was a picture we took at the Cathedral du Puy-en-Velay, of a peacock feather mandala. At the heart of that mandala there is an ancient secret, a cipher that could possibly lead us to where God himself came from.

This Peacock feather map is straight above the black Madonna at the heart of the cathedral which is full of magical emblems, and has a long tradition of mystery. It is also the beginning point  of the Santiago de Compostela pilgrimage route or at least one of them. The  madonna is a copy of an earlier black madonna that was burnt in the french Revolution – it is said that a secret compartment popped open due to the fire and an scroll fell out, which…….. the french tossed on the fire (that was clever was it not?) 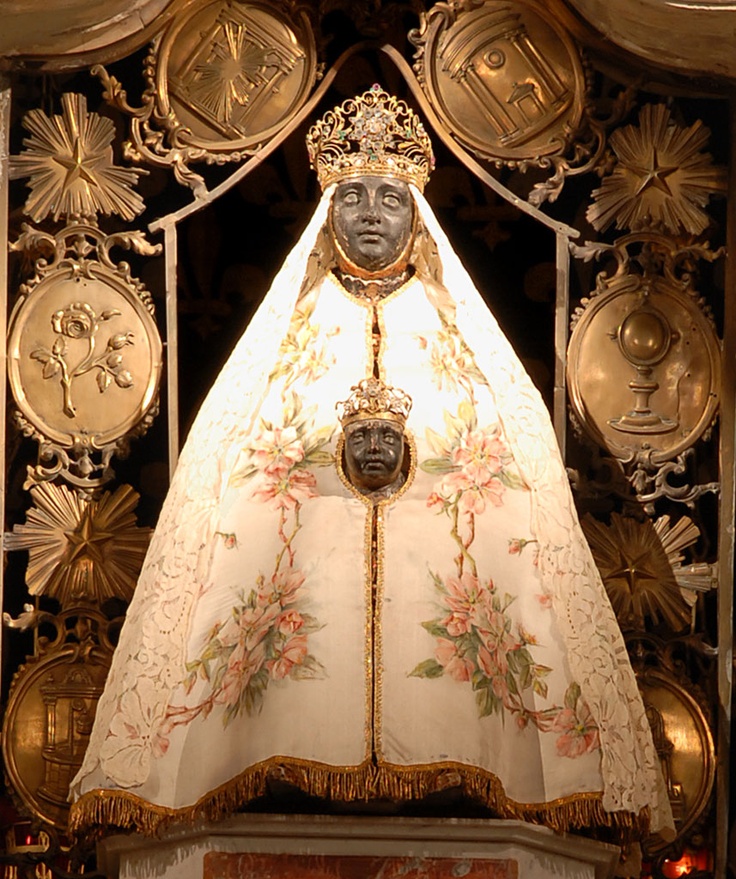 Black Madonna and the stars

If you take a good look at the Madonna you notice there is very strong star imagery all around her, is it possible  that those stars are hinting at something the church knew about but decided not to share with us all? or rather,  as we will see, it is a key or motif that has been part of all of our legends all the way through – it is of the starry origins where God himself came from. If you remember the peacock angel was believed to be the king of all angel. He is believed by some to have taught Adam and Eve how to worship the sun, the sun of another univers.  we think it may have been the sun that is seen as the force behind the procession of the equinoxes, as in the Mithras worship. Going back to Wayne Herschel’s discoveries,  we can see very clearly that all  ancient cultures around the world had depicted the same myth, that of a sun god riding a bull. 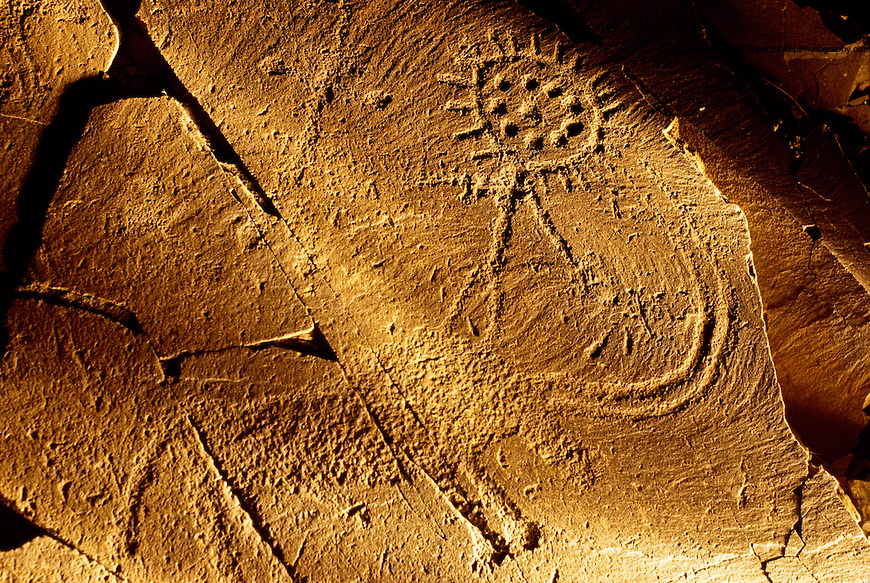 I suggest you have a good look at his website because he has done amazing work showing that story. I will  not repeat too much of it here, so giving him his due for his discoveries, in the core of all of which is an ancient key:  thethe  double cross – an ancient way to depict the constellation of Orion the hunter. 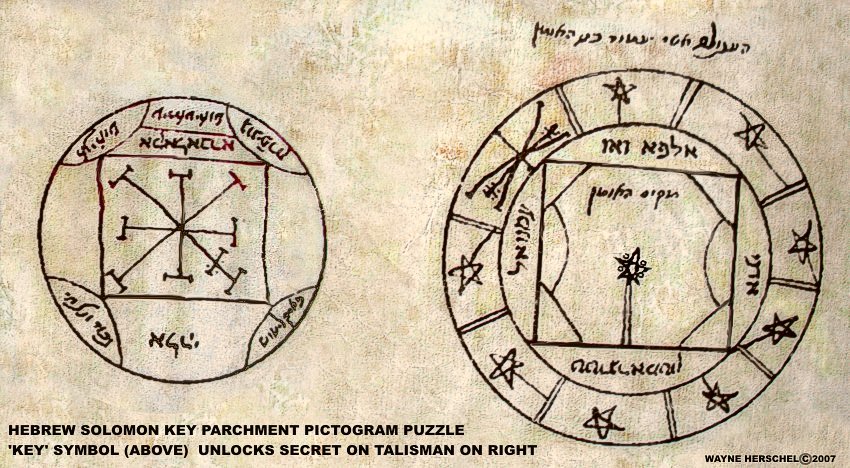 Note how similar the Orion glyph in the picture above to the centre of the Peacock map above the black madonna, and then note the stars in the other picture all around the mystery sun and how similar that is to the Black madonna with the baby Jesus at the  centre as a placement for that mystery sun star. The ancients all seem to have been pointing at the same thing: a map of the heavens that starts with Orion the hunter, drawing a straight line through the celestial bull (usually with his bow and arrow) Taurus,  to a point on its neck where the pleiades are. (Note the 7 stars around the mystery sun or the 7 sisters – which are the 7 stars in that constellation).

Here are some Pictoglyphs depicting the story of the ancient origins of the Gods. If you are not convinced take a little stroll through pictoglyphic imagery, and you will note again and again the same image of the hunter and the bull. Yes, I guess some can argue that there were bulls in a caveman’s world and these cave people hunted them.

I think this is a cave man sort of view. The truth

If you did go to Wayne’s website you would have found out that the ancients, and especially the Egyptians, decided that the constellation of those 7 stars looks like the leg of a bull, because it is actually located in Taurus. That has brought up quite a few weird images of the bull leg being cut off, or the bull looking at its own leg etc etc. But there has been another image associated with those 7 stars I believe,  that of the Crane and the bull, mostly from Cretan art work.  Note how again there is reference to the neck of the bull, note the 7 stars on the bull’s behind, I believe the Cretans, unlike the Egyptians, saw that 7 star constellation as a heavenly bird,  one that led to a secret – the location of the sun where God came from.

I think this could be why in Eastern traditions he is seen as the peacock angel.

The Crane and the bull

peacock angel as the god sun

That Heavenly bird has been infused into motifs all through ancient time, probably because the 7 star constellation seemed to resemble that bird to the eyes of some of our ancestors, and here it is again with that sun star, as an early image of that peacock angel. Similar motifs are so abundant that it’s hard to keep track, like the Simurgh and the heavenly bird that is sought after in the conference of the birds. So this answers the question of who that peacock was, and in fact who Christ seemed to represent: a traveler from another Sun, believed by some to be a Star God, or rather a starry traveler that came to us at some point, and on which we built the image of our God, where the story of angels coming from the sky may have originated, and how they mated with the women of earth. Because this theme is universal and the same character of the starry traveler/saviour is present in Asia all the way though the Middle East and even down to South America (as Quetzalcoatl, another heavenly bird traveler God), it seems safe to assume that this is where it has all been leading us all along, to the ancient star and the liberator of the people of this earth. This is also why the Chi Rho (another Orion pictogram) symbol has been painted  with peacocks in so many Christian sites. It is Orion  pointing to Taurus and the Peacock that in turn point the way to our traveler God himself and the star of his homeland. The origin of all our myths so it seems. The Morning Star of another universe. 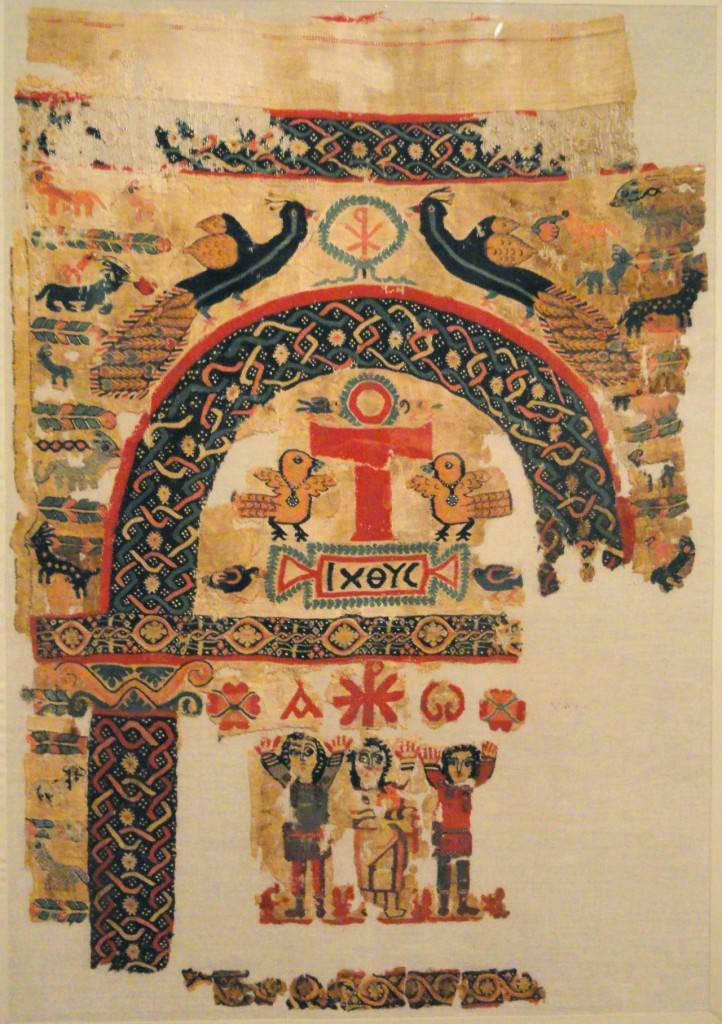