We have been so busy in the last months we never got round to updating the blog.

Summer has come with its full glory, and with it the heat. Luckily the place we have chosen to create our Italian Centre is situated in the mountains, so it never really gets too hot, topping up at around 34 degrees celsius, actually once you get used to it its the perfect temperature!. 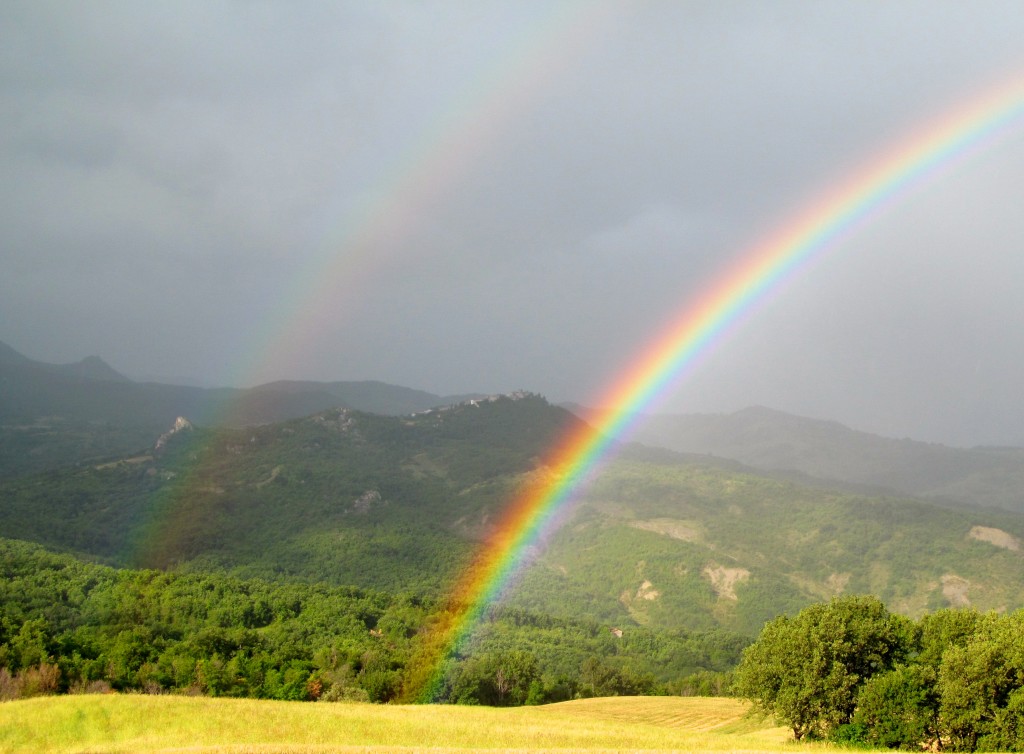 The area we chose for this special campground is below the hilltop village of Torricella Pelgina, in an area called San Venanzio. The whole area is somewhat abandoned, though it used to be populated by 35 families, we are only 12 people. It suits us because we have looked for a place to create a real  “free-from-distraction” centre, to allow people to reconnect with an inner core that seems to get neglected.

The nature is astounding: Italy seems to have gotten more than most in some respect, Abruzzo is a region which is somewhat left alone, it is beautiful and diverse, but for some reason it is becoming more and more unpopulated. Some of this is due to the Italian government and tax system, more and more people flee the mountain villages to seek work. The young people go elsewhere, leaving a thousand year culture of agricultural peasantry and rural life, the fields used to be harvested in the morning and the grain used to be milled that very same day, but those days are gone.

The Abandoned houses of San Venanzio

Farmers can’t keep up with the cost of living, and farming in itself is becoming an impossibility, unlike the UK. It seems here in Italy, the national debt situation is not understood on a micro level, leaving the country on a move away from self sufficiency, and that reflects in rural life where the people can’t afford to live in the old way, and small businesses can’t flourish.

We hope to help the area as much as we can by introducing a new level of work and income, and a new approach, changing things on a micro level. It seems we have gotten this area of San Venanzio all to ourselves. The locals are welcoming and open to our project.

It is amazing how many old houses are left standing and we have so many ideas for this area.

But for now we are fully occupied with the creation of “Heartland” that yurt campground we always dreamt of making.

So between the amazing sun basking, abundance of fruit, and trips to the UK and back, we have been reclaiming our 12 hectares from nature, bit by bit as more tents go up, and more fruit and olive trees are found, and nurtured back to health. 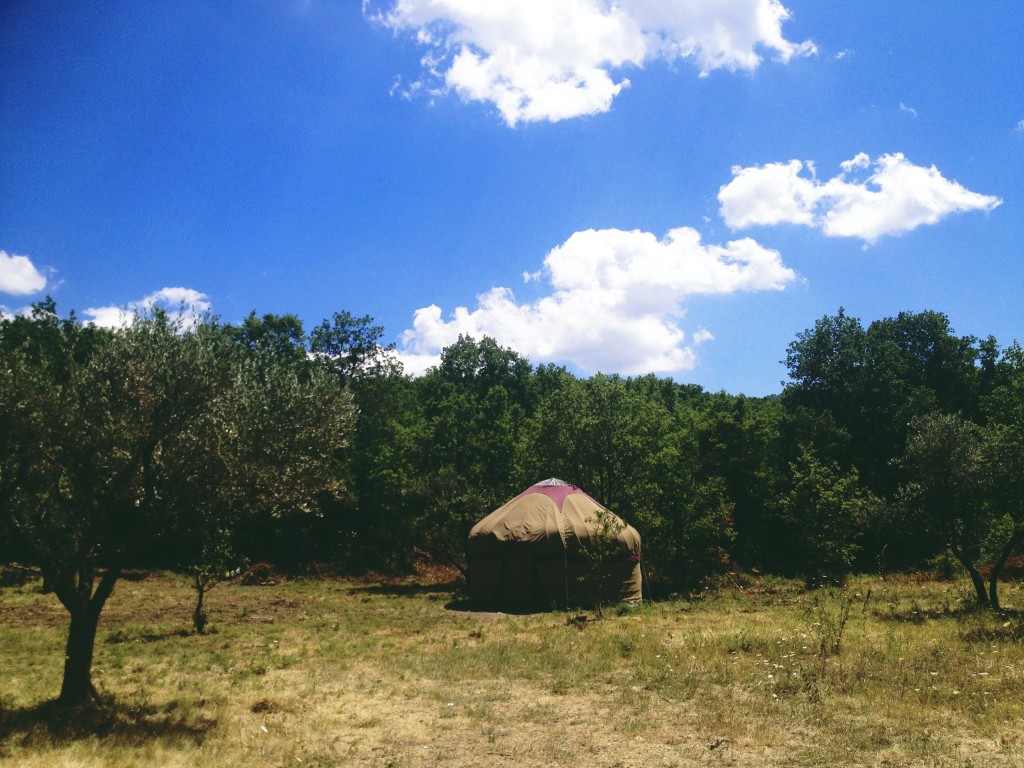 Yurts in a reclaimed olive and apple grove

Our parcel of land in the not so distant history was the hiding place of the first Italian Partisans: The “Brigada Majella”, and with a strange twist, the old Italian stone house we have on the land is called ‘La Difesa’, (‘The Defence’), although the locals think it predates the Second World War. The name seems appropriate. There are stories of the Germans gathering locals inside a house and dropping a bomb through the roof. One of the locals has told me, (under an olive tree) how her grandmother lost her head (literally), and another how his grandfather’s been shot when the Germans came to take his cows.

Summer has been seeing us digging  the partisans house  up from the ground again, to install French (but Italian) drains. The local stone is called Majella stone (after the mountain) and the general structure is amazingly intact, with little if no, damage to the old lime, almost seems a shame to have dug it up, but alas there was one little spot where the water entered. 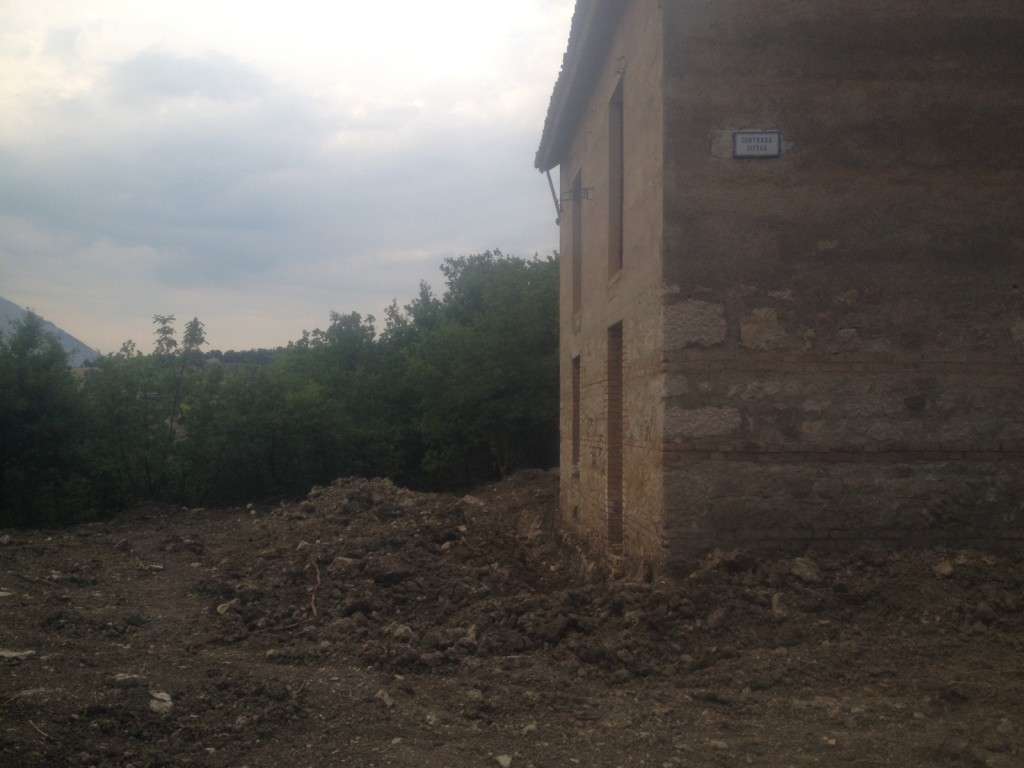 But I never miss an excuse to work up our digger, although I did find it funny, that with the abundance of machines we have, 4 trucks (and one digger) we still end up piling gravel with the shovel!

Digger Love, can you tell?