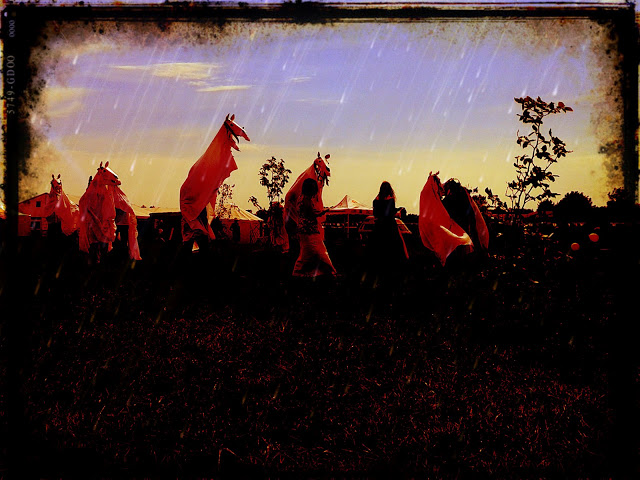 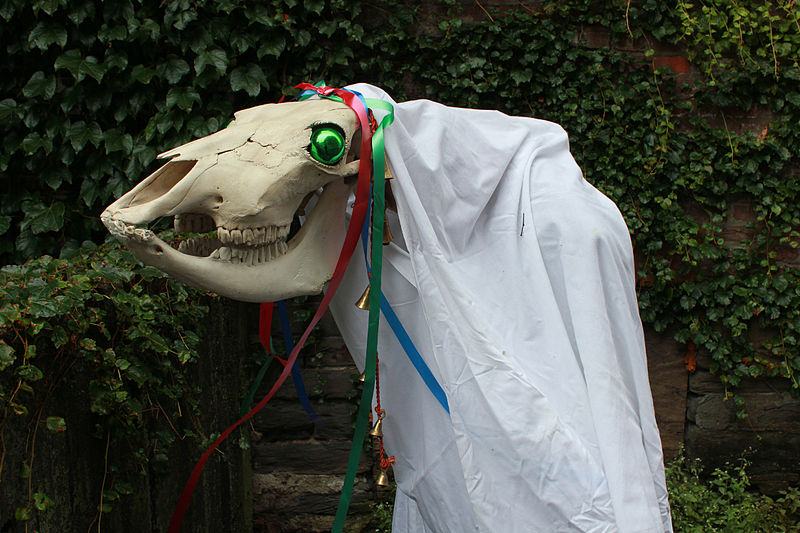 The White Horse symbol had already featured quite strongly in our story, when we were invited to show yurt-making at the National Eisteddfod festival in Wales. It is an extremely Welsh celebration of Welsh literature and Welsh performance and we (unWelsh) were only invited by association with Iwan Brioc, our (Welsh) friend.

We were making a yurt frame, of which the roof rafters, instead of being steam-bent as usual, were glued in layers on the jig for the zome of the Zodiac Tent. They were already finished, and we didn’t know if we would finish the rest. Someone told us, at this event, that it was unlucky for the yurt-maker to make their own door so we were waiting to see who would come forth to make the door. Fortunately a guy arrived with some linden wood, and fashioned a door, which was an omen about a person, but that is another story…

Somehow, with many hands making lighter work, the frame was ready to assemble on the final day of the festival. Just as the final rafter was being tied, the Mari Lwyd procession for the finale of the week, came parading around the field and entered the door of the yurt. 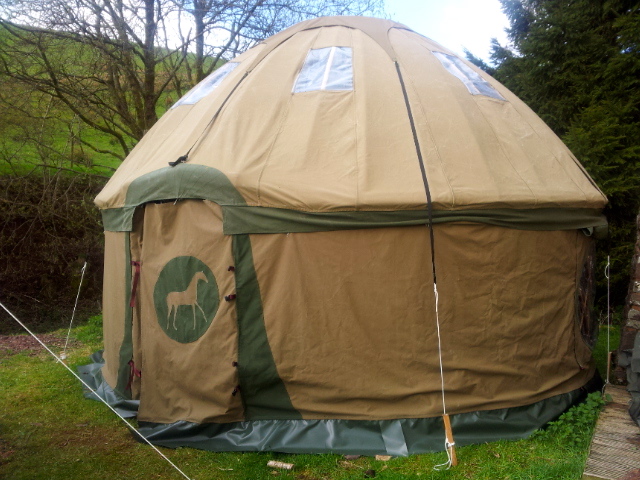 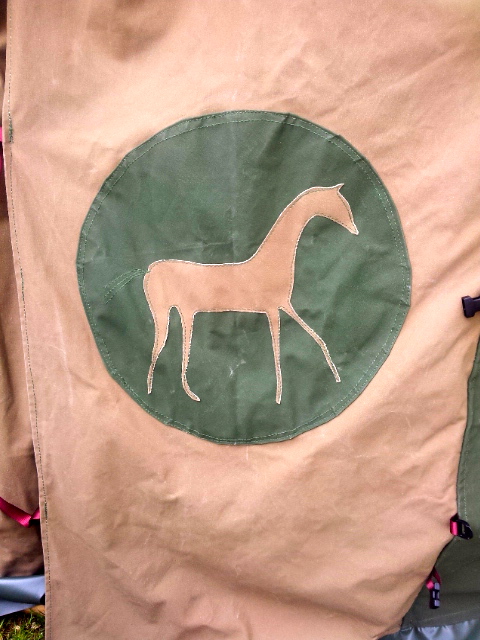 Coming soon: the White Horse and how it wove itself into our story in various guises.

2 thoughts on “Tales of Yurt Power: The Mari Lwyd Yurt”