I live in an open field in front of the sacred mountain.
In front of me the the valley of the plain is stretched open, an ancient tribal land of the Samnites. Living here in their ancestral land is a special experience, the Earth speaks of their beliefs, their memories Below the land there is ancient spa, it has been there for a thousand years, only to collapse down to the ground after the Second World War – a tunnel feeds a pool, and a stone pipe made out of square stones each a meter wide, with a massive hole in the middle, the pipe and the stone wall drop down some 8 meter to a larger pool, below which there are small rooms, I call it the spa of the Samnites. It’s a healing place, I know this land has been chosen over a thousand years ago for its healing.

I wonder how many of us get to touch that, the slow pace, the ancient, the mountain in front of me is filled with hermitages, with caves, were the Samnites used to offer to their mountain deities, there is an intensity here, everyday is different, the wind blows hard, the rain, the sun, the mountain disappears in cloud, I’m growing to love those rocks, those people, their strength, the warrior nomads, and their ever present mother the mountain.

There is an old custom that those people used to follow, they had a sacred animal, and it would lead them on their migrations, when it stopped in a place so did they, I can see them traveling those valleys behind a white bull, a deer, a special boar even, with their white Abruzzan shepherd dogs, it is said they used to shave all their bodily hair and do so in public in order to frighten the more “civilised” people of Italy.

I wonder if this is how they found this place, following their sacred animal, which led them to the sulphury waters coming out the mountain, I can imagine them walking their herds, with swords and baggage, shaved and dressed scantly walking down the dirt paths of the mountain, the view of the mountain opening before them all of a sudden, just as it does for us nowadays, and suddenly the whole southern face of the Majella, their sacred mother is in full view.

On A more practical note, we will be holding another event on the last day of may, it is called “yurts for free” – we have had been trying for a while to establish a system where one can make a yurt for free, using a contionus system of workshops.

We will cover all the elements of yurt frame making, peeling coppiced poles, drilling the walls. steaming roof and wall poles, making the wheel, and how to put it all together, tying the walls, etc.

The event will take place in our land in central Italy, in the county of Abruzzo, by a small village called torricella peligna, from the dates of 31st of may to the 5th of june, with the first and last days are mainly for arrival and leaving.

follow this link to read more, or contact us directly if interested, the costs are 35 euros a day or 150 euros for the whole event, this is mainly because we like to keep the costs as low as possible while allowing us to feed whoever comes in style, we would be living outside in yurts, in one of the most beautiful places in Italy. this is a special opportunity for you to learn how to make your own yurt for free. 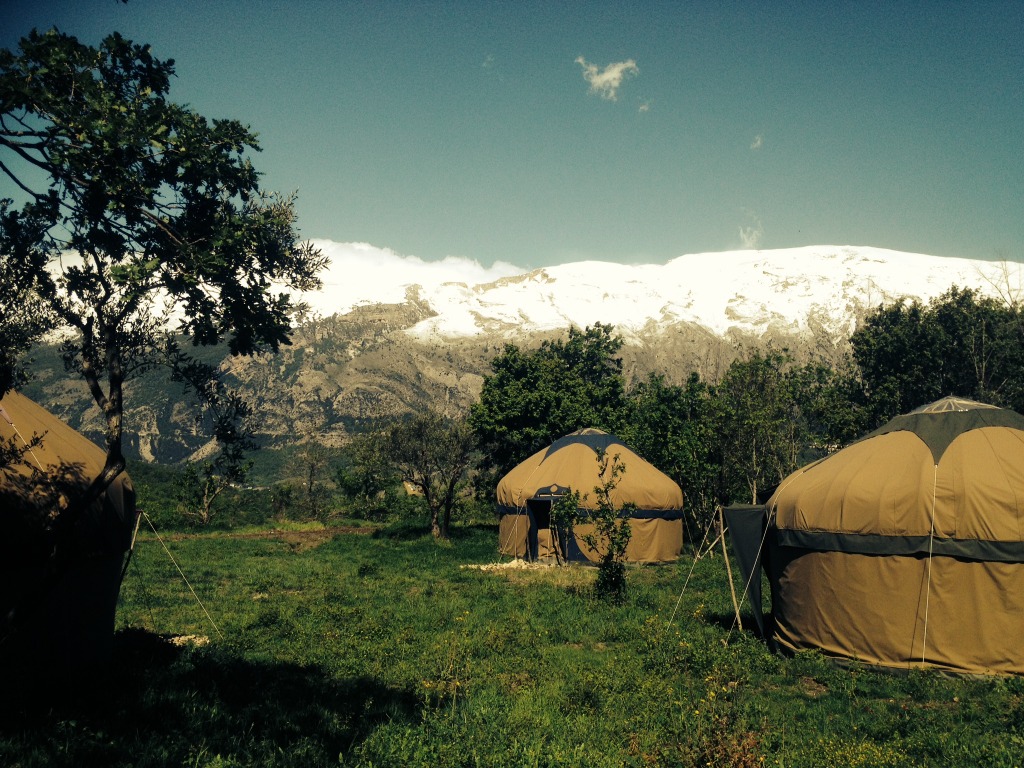