Thor Heyerdhal is one of my favourite writer explorers. Fatu Hiva is his first adventure, when at age of 22 he decided to live his childhood dream, leave modern life and go back to nature. The line “Back to Nature” has become so embedded in our awareness, prevalent especially in our line of business. I like the fact that he was the one to coin it though, his journey taking place before Second World War.

I’m a great believer in holographic maps, so the first thing has the seed of the whole. I believe that there is an awareness that communicates with us, and I see Thor Heyerdhal as a pioneer on that level, someone that lifted the flag of going back to nature, as the remedy to the white man’s disease. That was his message, although along the line he discovered the great voyages and ancient man, the voyages of Kon Tiki, the Sun God, in ancient rafts across the sea. I love those too, but that’s another story.

The book takes him to Fatu Hiva, an island in the Marquesas Group in the South Pacific, where he and his young wife isolated as the only place they can truly go back to nature. On arrival they find that the interaction with society is killing the population and even there, halfway across the globe, civilisation has killed the natural way…….. But on the other side of the island they meet a link to a world gone, in the figure of the last cannibal on the island. They live with him, like a living manifestation of Thor’s Ideas, being healthy and living the old way, whilst the native population the other side of the island is dying off, from living like the white man and eating his food.

The visit to Fatu Hiva ignites Thor’s obsession with the idea that the Polynesian islands where populated from Peru and not from Asia like previously believed.

This great book comes across to me as a message, a personal one,  a guiding blueprint.

Yeah its all so clear, back to nature is the way onward, everybody has been saying it, we are saying it, but there is a force in being in contact with the original messenger, and his message. 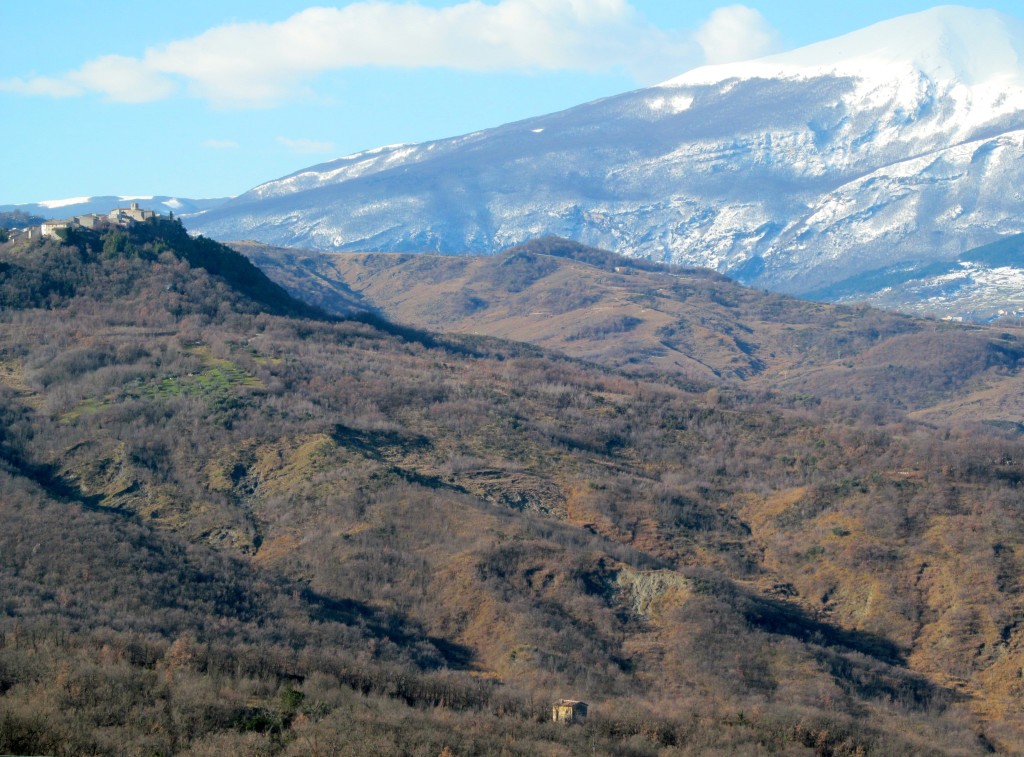 Having just got a place in the Wilds of Abruzzo, Italy had me thinking about all this, the sheer contrast of the times when I’m on that land, where we don’t even have electricity, to the the time I’m at the Gatehouse, a mile away, with wifi and power. It’s like civilisation stops a mile before the land.

Also in my work, there is such a contrast sometimes: I make tents for my customers using power tools and machinery, but make them for us using hand tools only. I make door posts out of tree trunks, knowing the scorpion that crawled by the tree. I know it will be the Scorpio yurt, because the tree spoke to me. 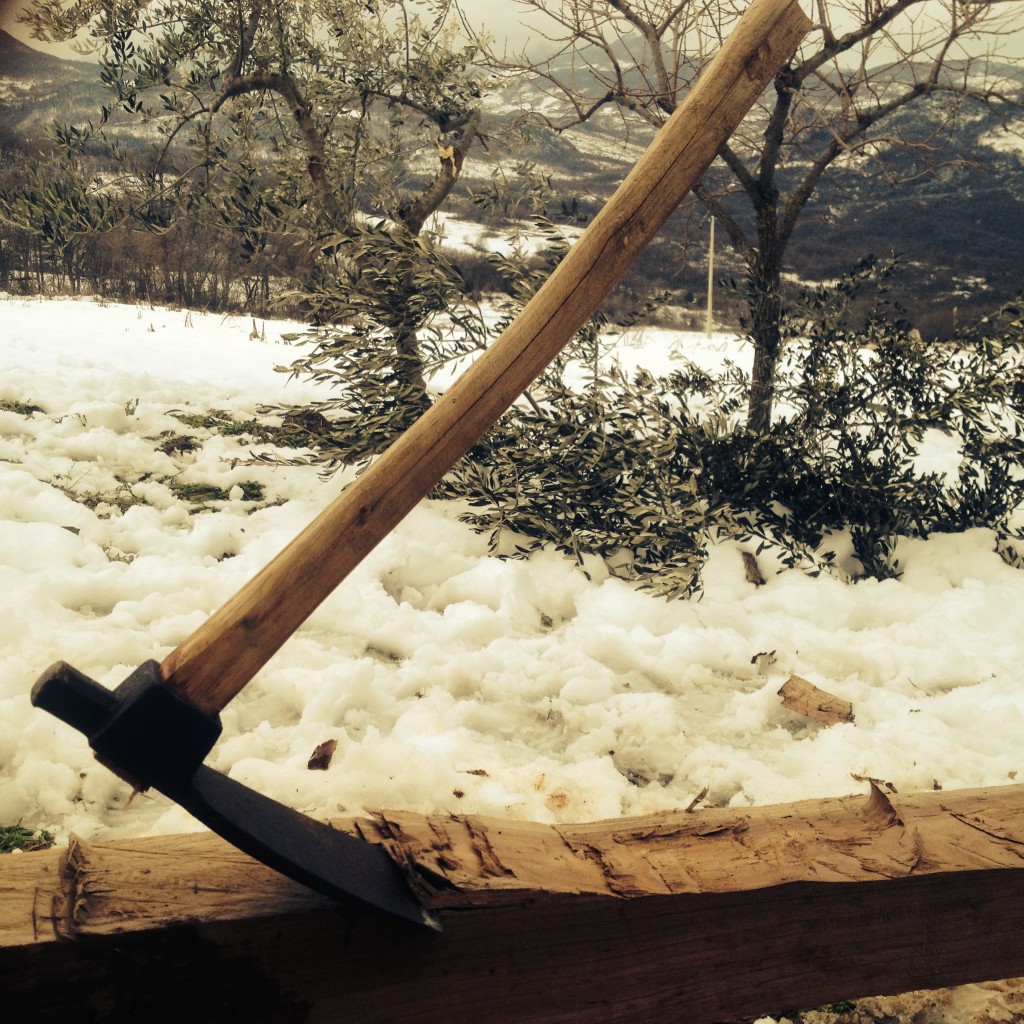 The message is clear: we have found a place where the italian country side has been reclaimed by nature, it is only half a century ago that the fields were cultivated, and the olive trees amazingly have survived it all, the wells are still full of clear water, but the land has gone back to nature.

It’s an ancient place, but it has been abandoned and has gone back. I’m working to re-open it up, but the truth is that I don’t want to take it back away from a nature, I want to let it take us back to it.

Once upon a time when I was young, in another life it seems, I was a part of a family of quarry men. I used to live in a hidden lake in the north of Israel, a quarry that filled itself up with water. I remember seeing how it was that the grandfather was the one who dug the hole, the father the one that made the profit, but the son, the son he has gone back to nature. The quarry filled up with water, and I lived next to it. It was a secret, they called it the hidden lake, so I feel close in being to Thor Heyerdhal, renouncing modern life for that connection with the elements again. 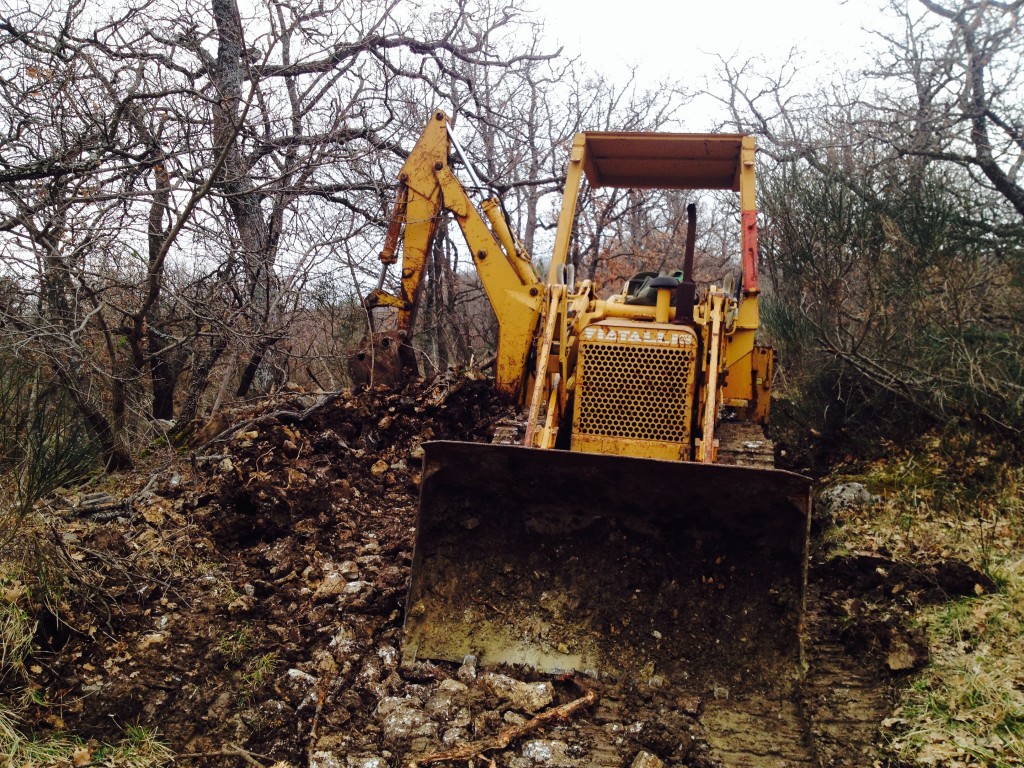 This comes back to me now. I have my own digger and I feel like one of those quarry men of Israel. It’s strange the line that runs inside of us, like a split inside our being, those ancestors that mined the land, and me, that lived on it. I use my power tools, so I can live without them, that to me is so funny.

So yes I have a digger, but I make the road with it. I feel strange sometimes as I push oak trees out of the way. Those power tools are too strong, but I guess this way, the oaks can grow by the road instead of being cut, and all those power tools are making that road back to nature: we call it Heartland, the place that nature re-took, the place where our wild nature will reclaim us at.