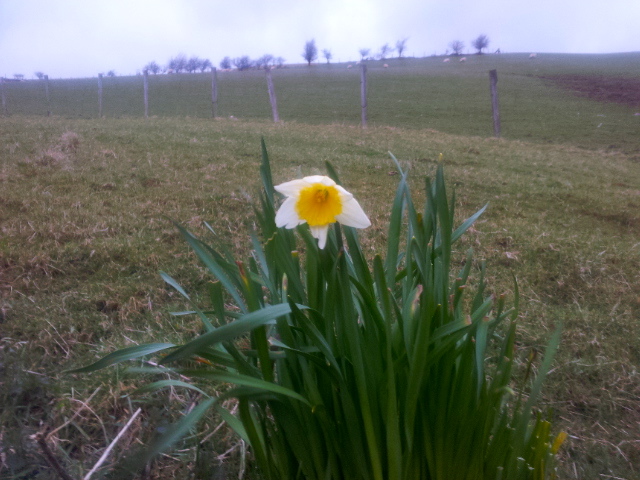 This will maybe be the last post about sheep and weather, as the extremes of Jack Frost seem to have bowed to the Goddess of spring, and other things are moving, but to conclude those adventures…..we had one day of sunshine after all that cold, then went on a journey to Estonia which was….still deep in snow.

Anyway, back in the little valley, like something from ‘The Little Prince’, we find that the sheep have eaten all the daffodils except one, which held itself and bloomed the minute we returned….

“If you love a flower that lives on a star, it is sweet to look at the sky at night. All the stars are a-bloom with flowers…” 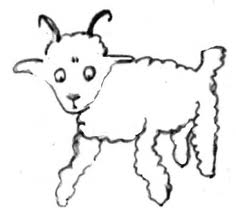 The summer came straight out of winter, the earth unfroze, and we pitched our (first made) baker tent. 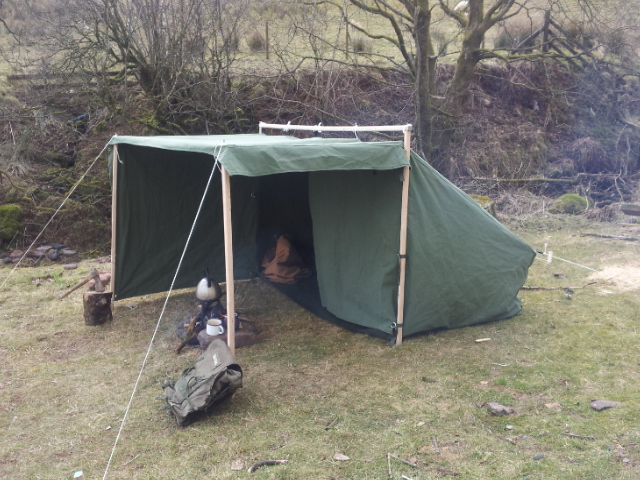 The earth started thawing, so the north wind went to live outside. 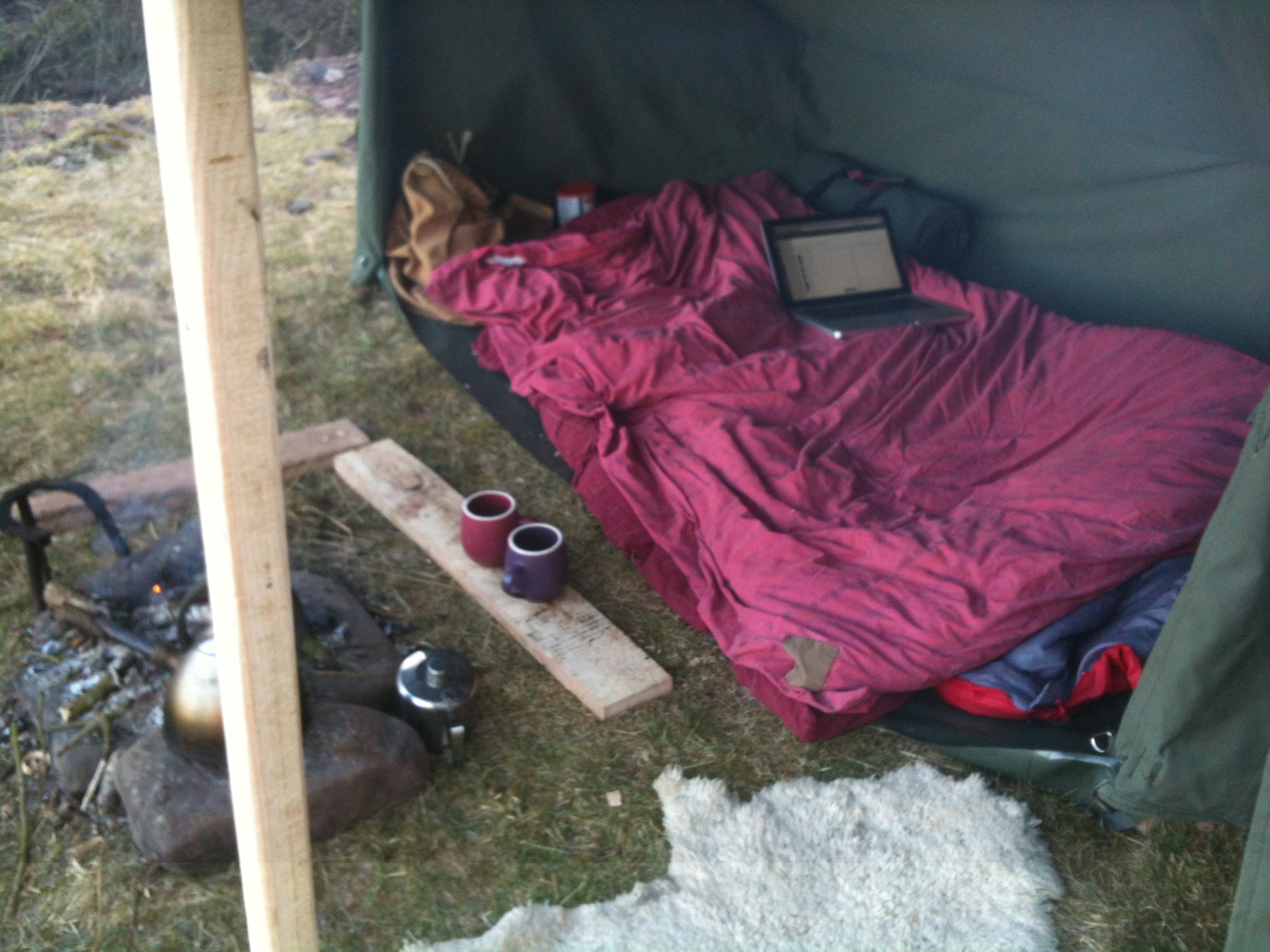 The earth liked the north wind so much we all moved out, and as it was time for making open fires, I decided to do something about the big axe, here is a little tutorial of how to put an axe handle on. 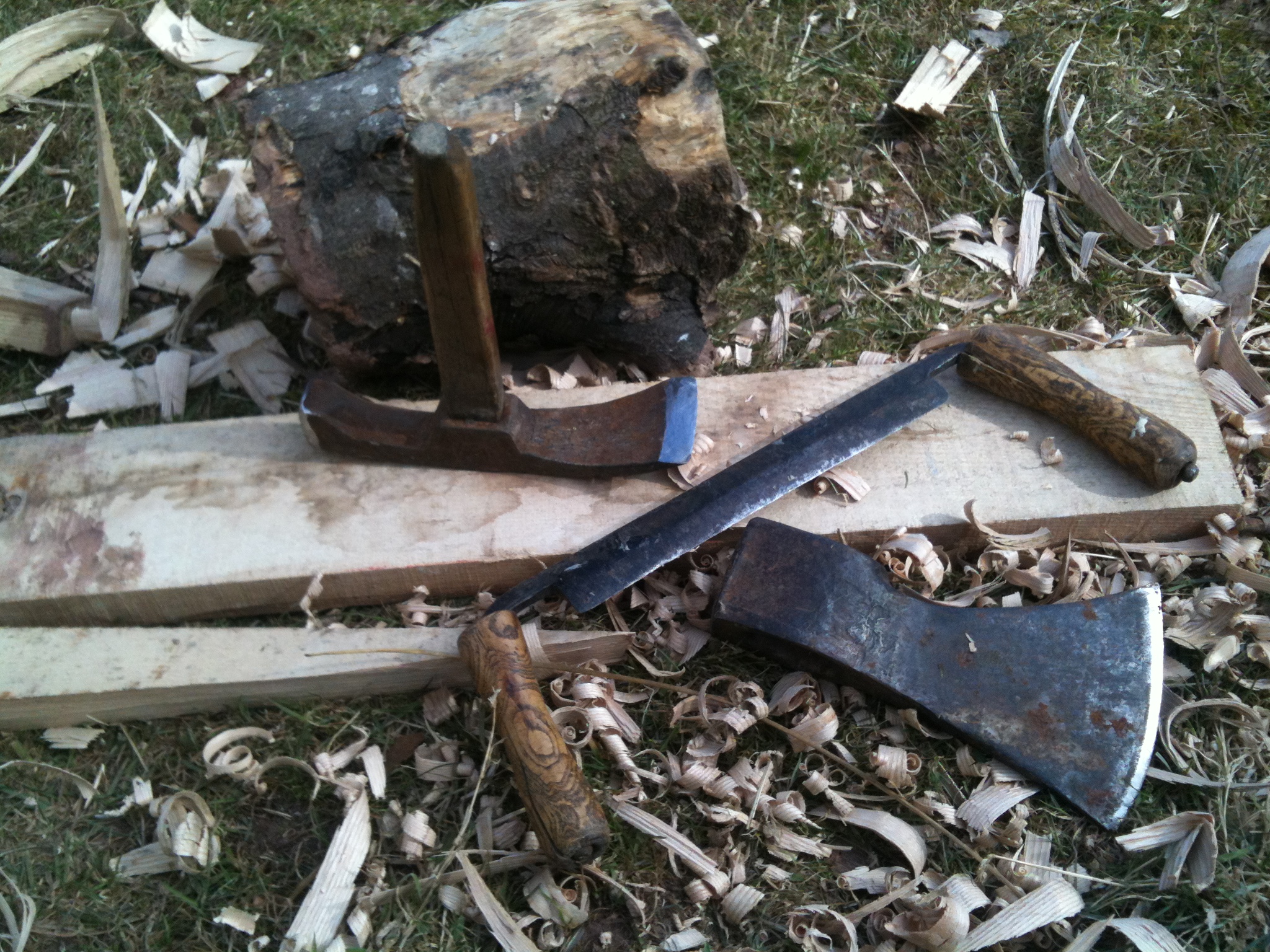 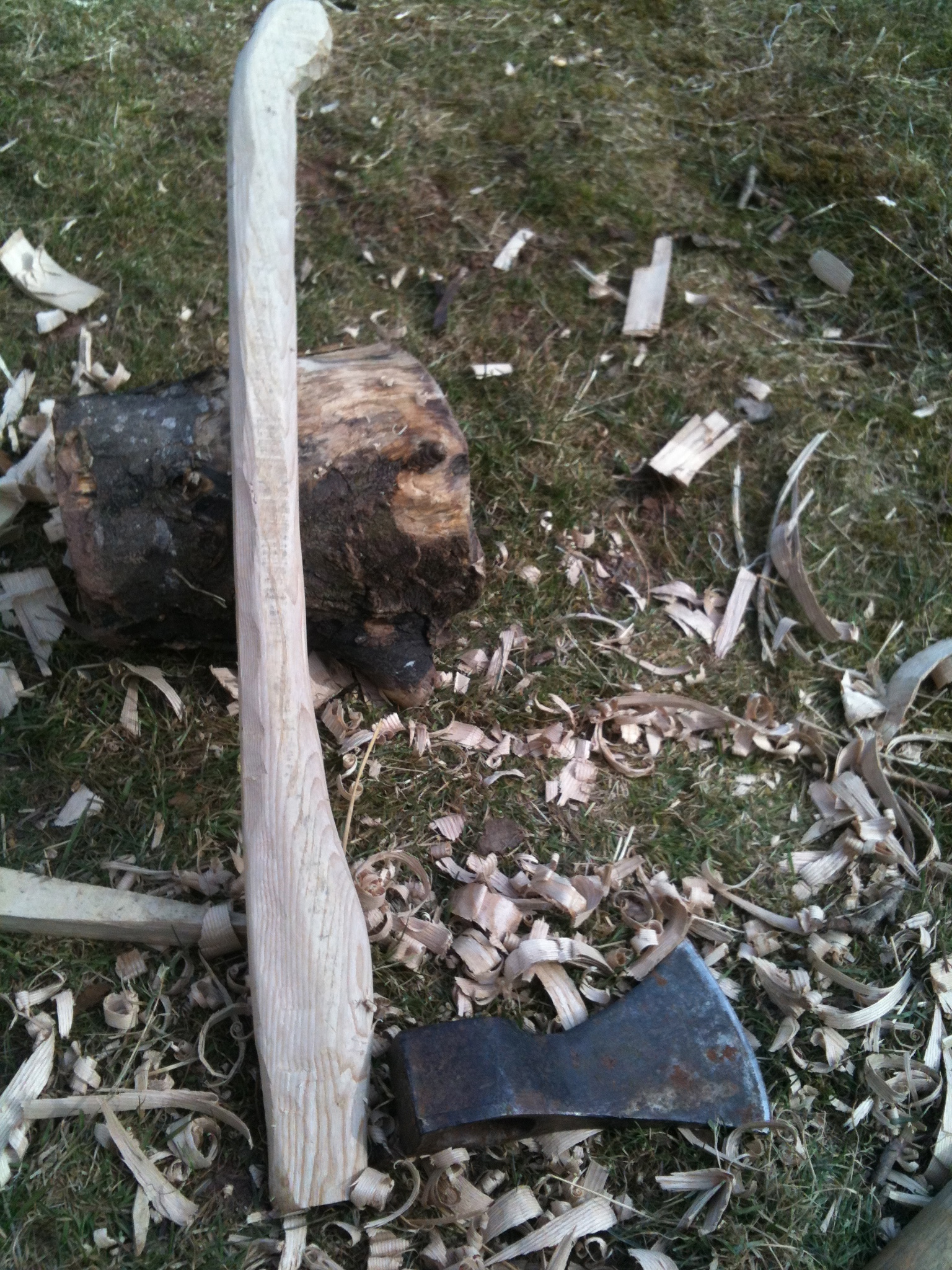 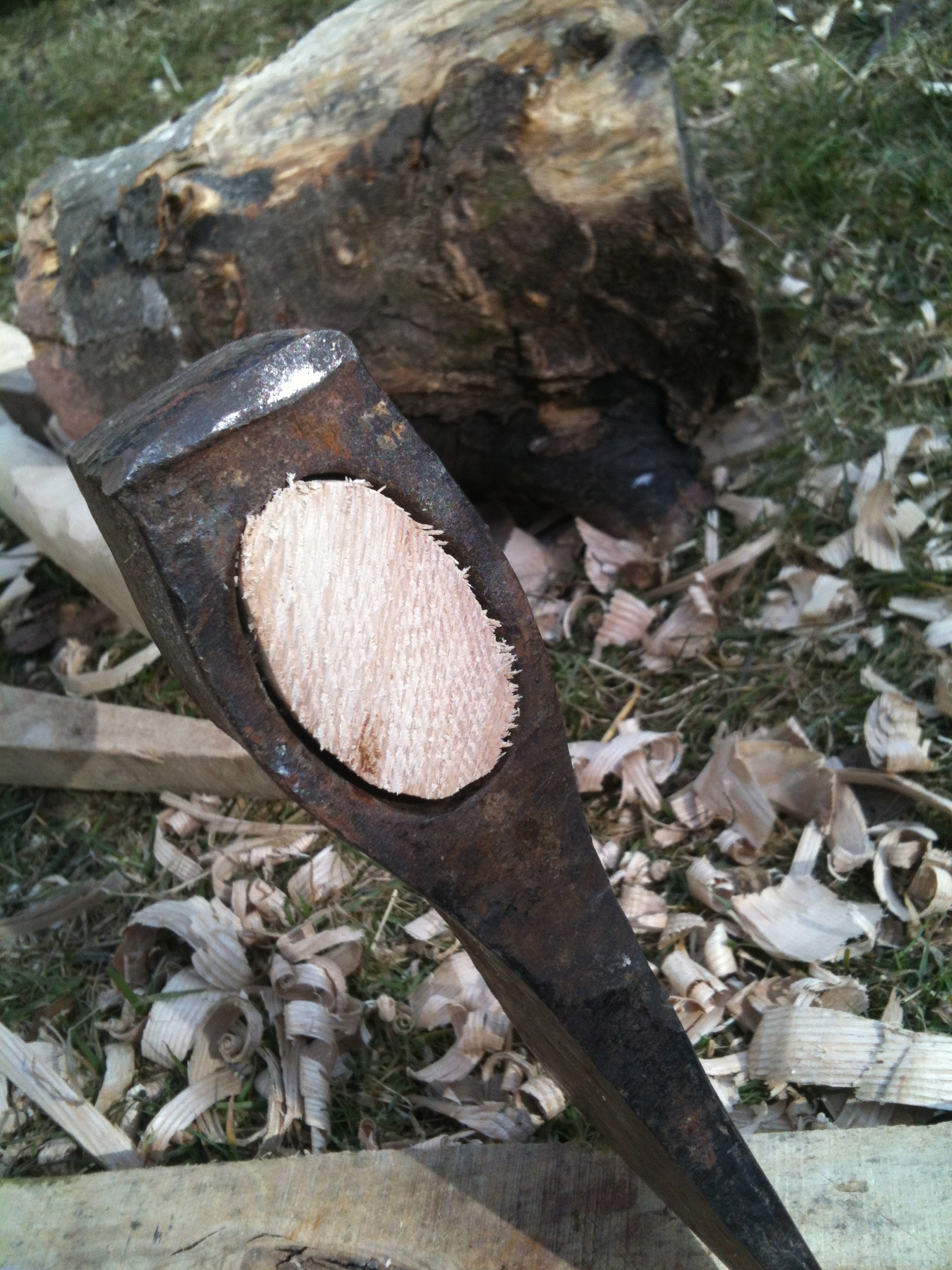 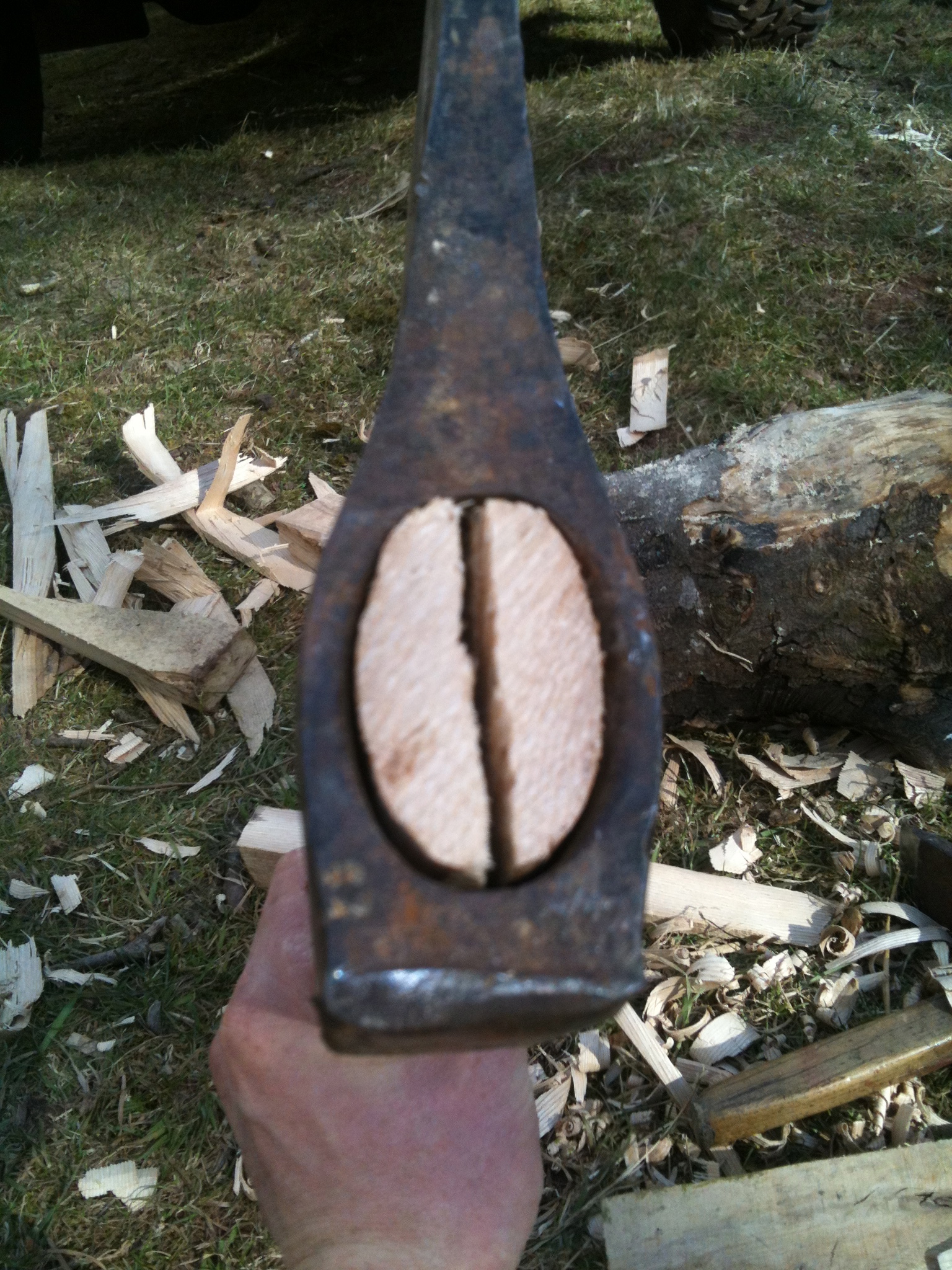 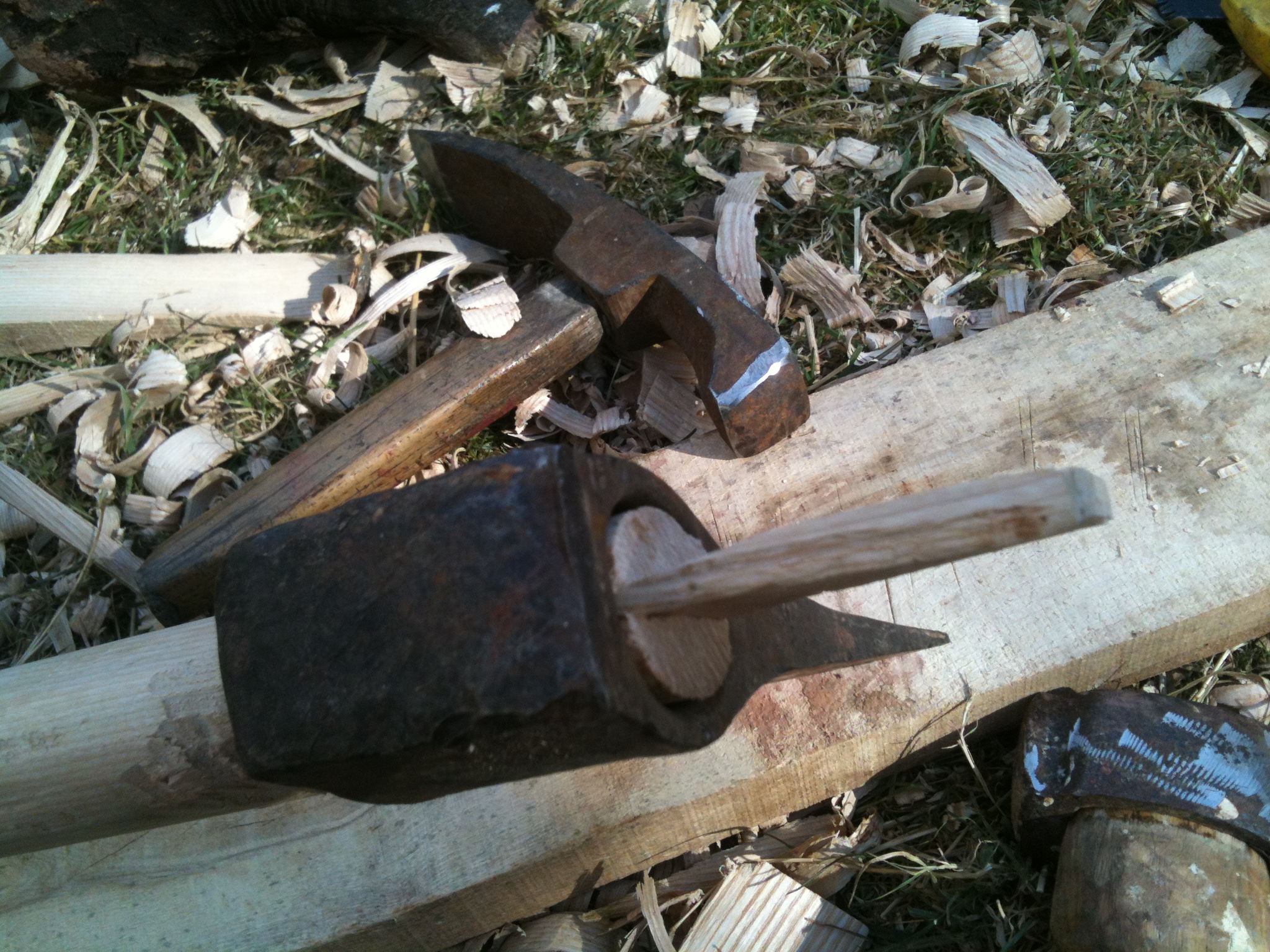 A little oil on handle 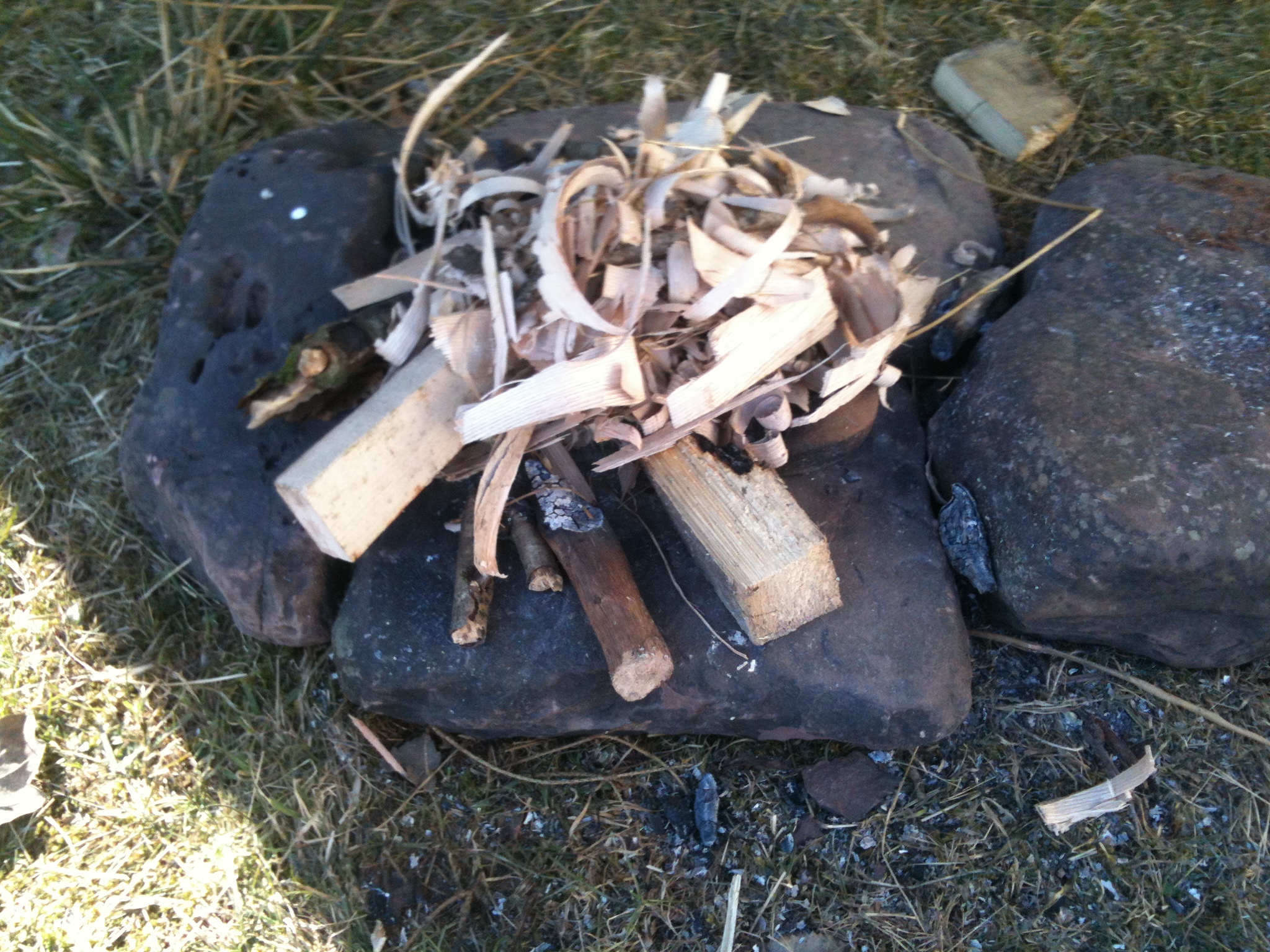 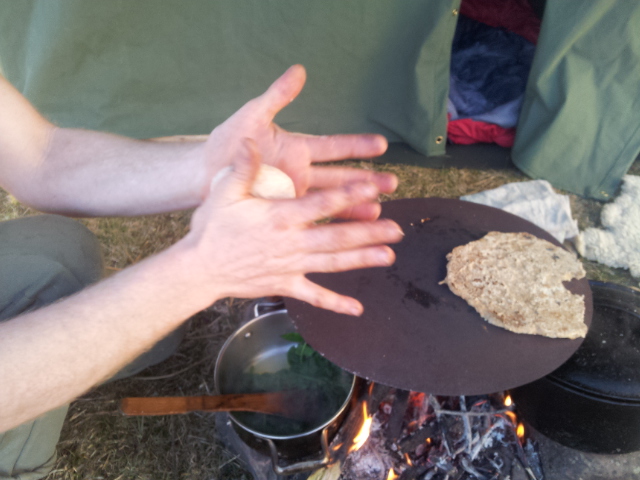 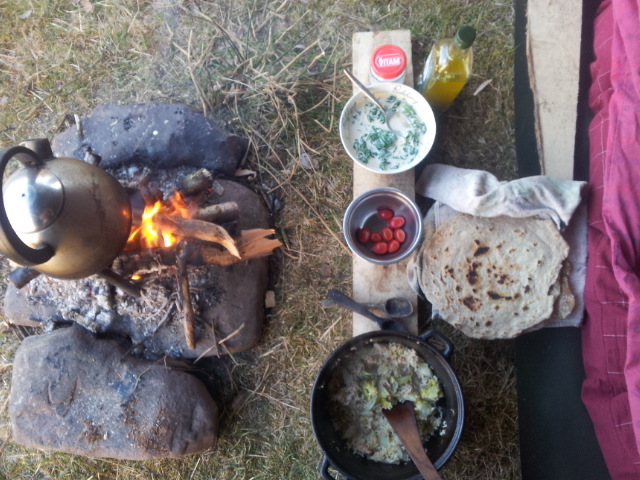 Dinner on the unfrozen earth, and bushcraft blog entry written in baker tent. 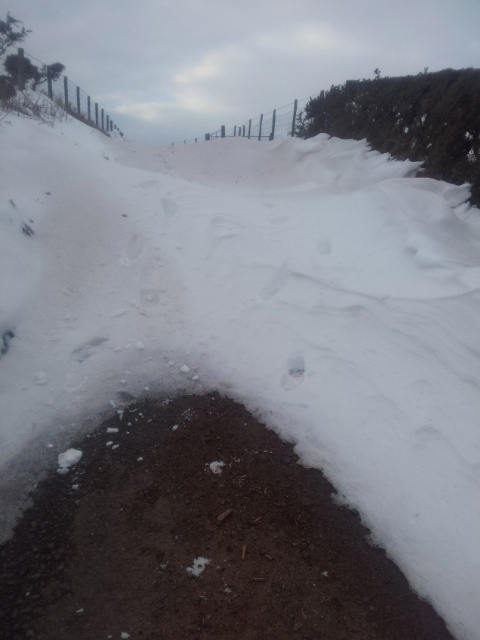 The snow cliff on the track

Being snowed in was kinda fun, but when the clocks sprang forward, and British Summer Time began and our track was still chest deep in snow, despite the fields either side being totally clear, the farmer kindly cleared the bob sleigh run with the forklift.

Getting trucks stuck, then unstuck, became the latest Welsh Hill Sport. Thor must be undecided about something as he got stuck on the fence, when he went up with his new homemade snowchains. 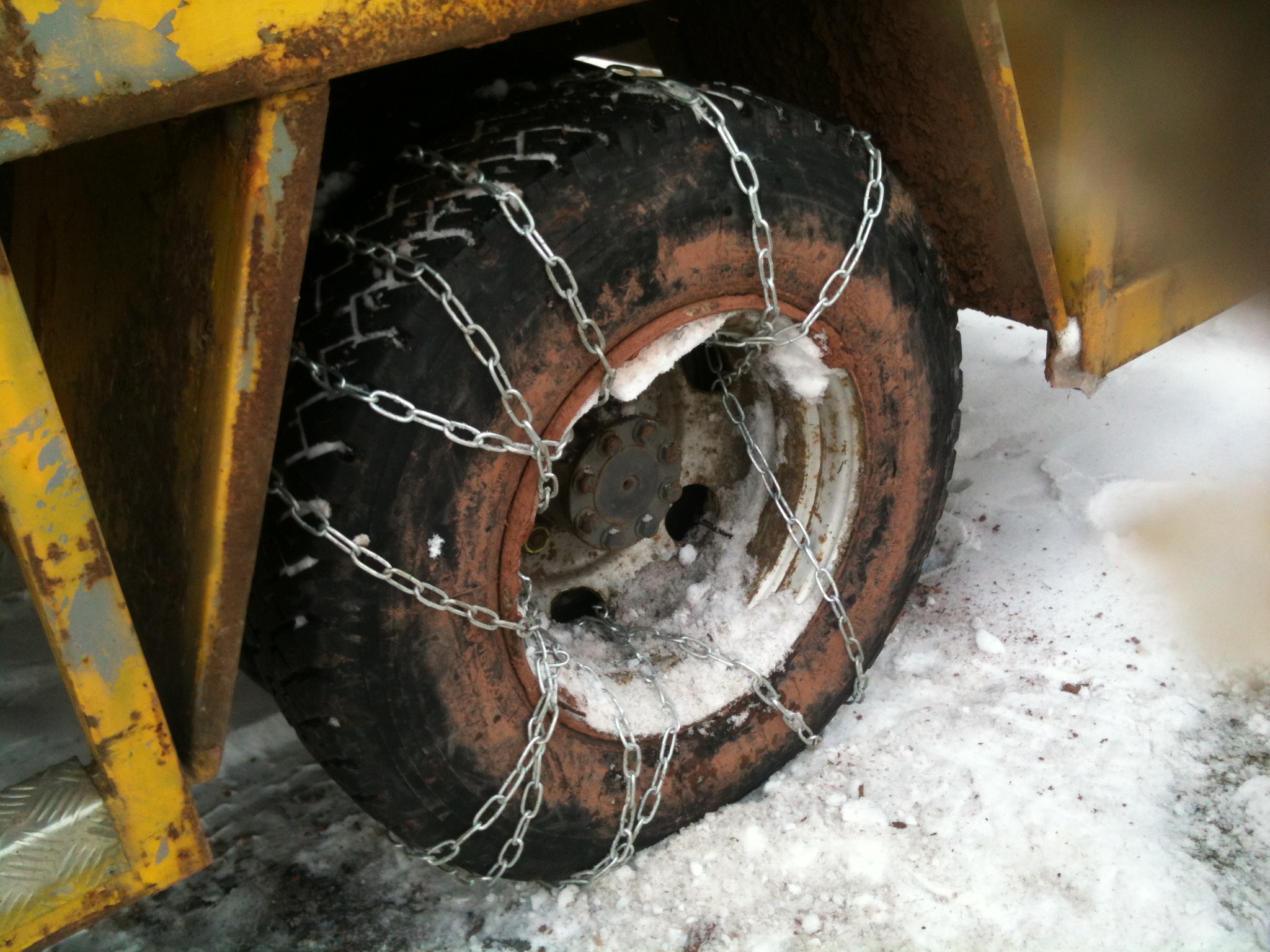 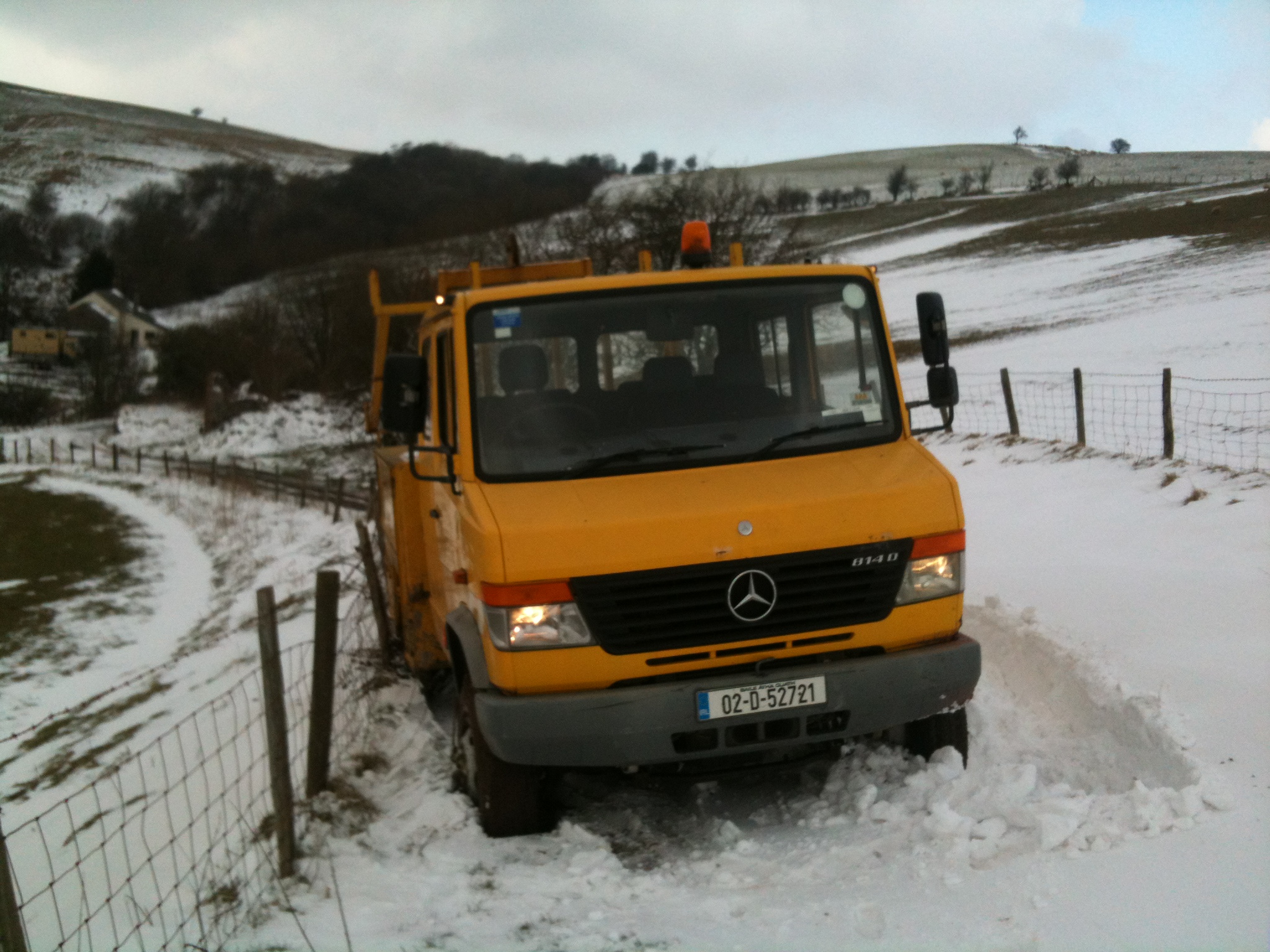 Thor sitting on the fence

He tried getting out by winching himself off a friendly willow… 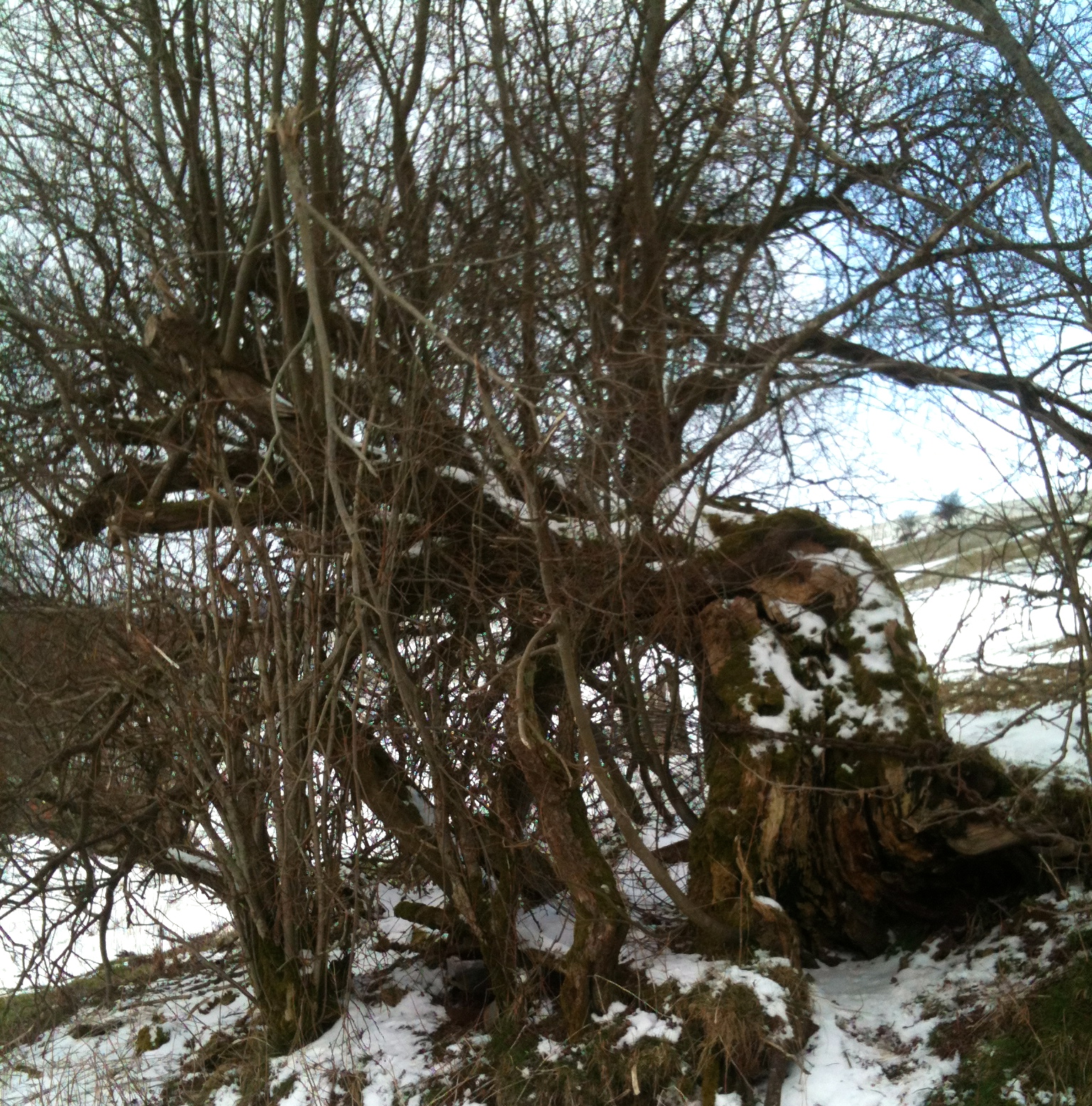 Old Man Willow lends a trunk for the Winch

But ended up having to ask his big brother for help, proving that the crane is mightier than the winch.

Some of the sheep didn’t fare so well, and became food for the foxes. There is this power spot right by the house, where several sheep have come to die, and this time, for some days after these guys found the special spot and laid themselves down, there was always at least one sitting vigil right by them, illustrating that sheep are deep. 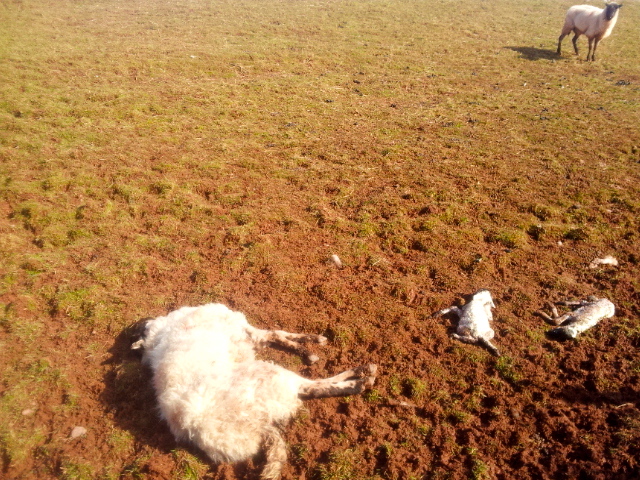